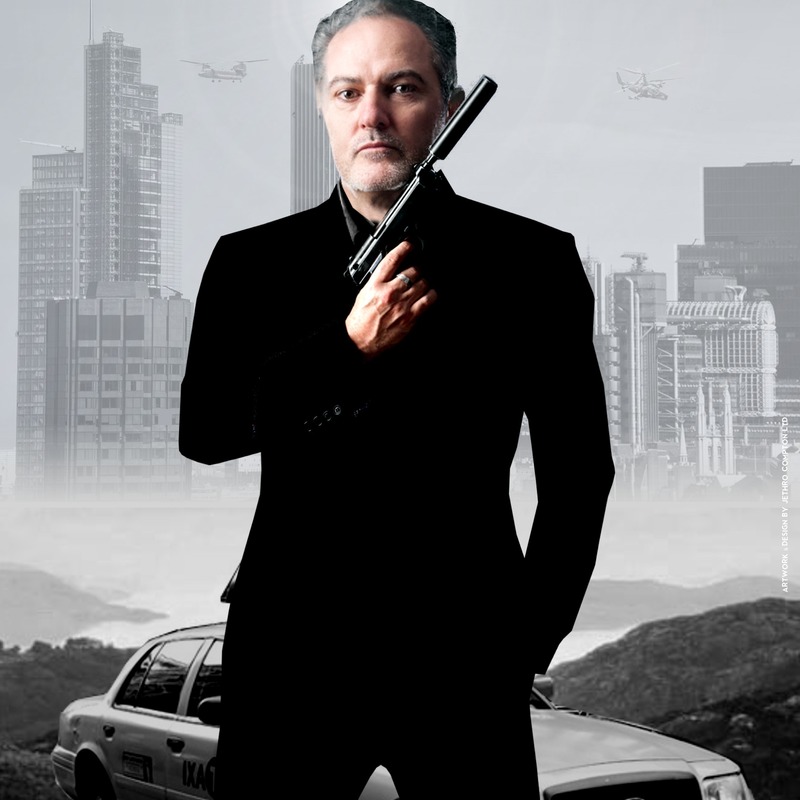 Bond is back (just before the new film!). Older, unfit and someone's out to get him!

Following shows in USA, Russia & Australia, Robertson focuses on the Bond films, in this comedy cartoon adventure exploding every cliché in the book(s) - Solo!

Bond meets his greatest arch-villain yet: author Ian Fleming himself, courtesy of a time-machine, and featuring the smallest car chase (n)ever seen! It's a race against time itself! Minimum props, maximum effect!

"Robertson knows which clichés to capture... a real pleasure" The Times

Gavin Robertson comes from a physical theatre background (Lecoq, Kemp & Gaulier), producing, creating & performing his own work for national & international touring, usually funded by Arts Council of England. He has created a diverse portfolio of productions including ‘The Six-Sided Man’, ‘Fantastical Voyage’, ‘I Am Who Am I’ and many others, infamously, ‘Thunderbirds F.A.B.’ which played in London's West End on six separate occasions between 1989 and 2002. He directed Nicholas Collett's "Your Bard" & "Spitfire Solo". Each of his shows has toured internationally, including several tours to Japan, Australia, USA, Singapore, Tunisia, Senegal, Turkey, Oman, Brazil & more. He's appeared in both Adelaide Fringe & International Festival ("Three Musketeers", and "12 Angry Men" with Bill Bailey).