And For My Next Trick 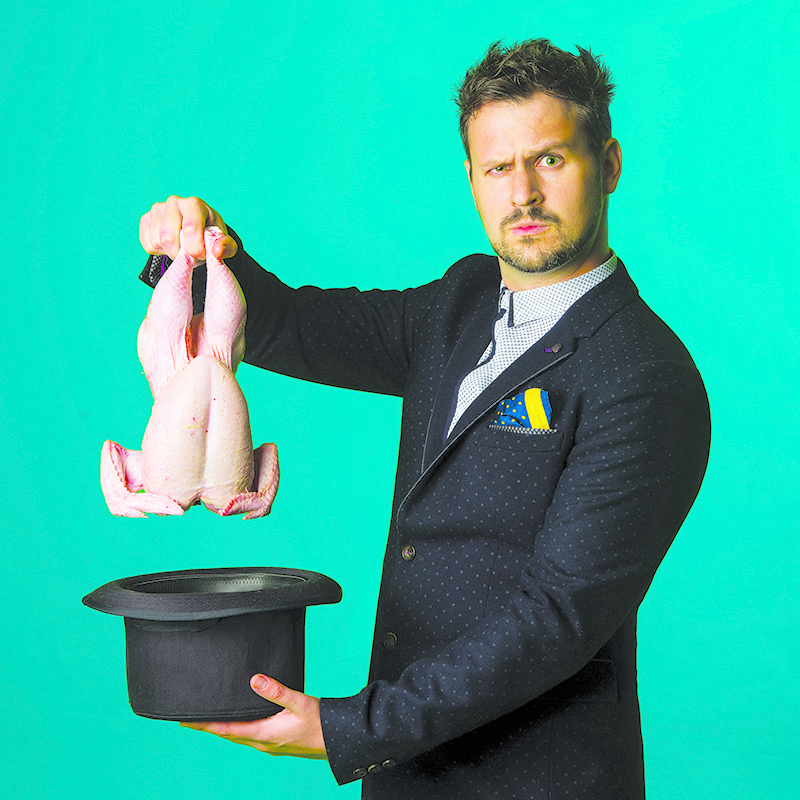 Scottish Magician-Scientist hybrid Kevin Quantum activates his silly side with comedy sketch-magic. This fast paced show has more blow-your-brains tricks than you can shake a wand at and will make you laugh. Nominated at the Scottish Comedy Awards, winner BEST MAGIC 2018 Adelaide Fringe, tutored by Penn and Teller - KQ will rock your socks off. And you won't even have to take off your shoes.

BEST MAGIC Adelaide Fringe 2018
"Comic genius and daring magic wonder of the world" ★★★★★ ThisIsRadelaide.com.au
"Part science, part magic, part comedy, all genius" ★★★★★ Cream Magazine
"Will take your breath away, and then make it appear in someone else's pocket". ★★★★ BroadwayBaby
"Bewildering sleight of hand" ★★★★ The Herald
"Will leave you picking your jaws off the floor" ★★★★ The Advertiser

12 years ago, unassuming scientist Kevin paused his Physics PhD to become a magician, being tutored by none other than magic royalty Penn & Teller. Having now spent the first ten years of his adult life completely immersed in Physics and the next ten in magic, Kevin is the most likely the only person on the planet who's reached the required 10,000 hours needed to make you an 'expert' - in both areas.
Kevin has appeared in BBC documentaries, consulted for the National Theatre of Scotland, taught Eddie Izzard magic for a movie role and broken a Guinness World Record (The Largest Magic Lesson). He was the first magician to perform at the Globe Theatre in London and has been nominated twice at the Scottish comedy awards. Oh, and he was also awarded BEST MAGIC at the Adelaide Fringe 2018.