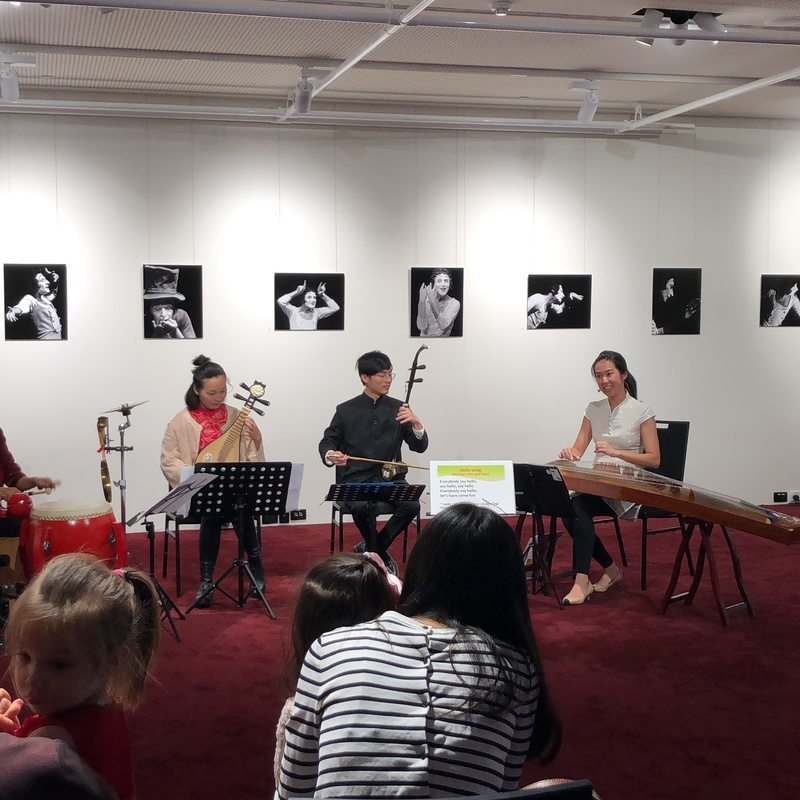 This is a not to miss world music show, bound to entertain, awe and inspire you through cultures, music and appreciation.

School of Chinese Music & Arts is currently engaged in a number of stimulating and ground breaking projects, including Multicultural Storytimes for 0-5year olds which are presented in local libraries. This project was initially funded by Multicultural SA. In 2014 the school initiated An Oriental Flair, an 8 piece ensemble of eastern harps and western strings; as well as Moonta Street in 2016 - a new group presenting a contemporary world music sound blending Chinese and European traditional music.
In 2019, Zhao Liang on guzheng, Satomi Ohnishi on percussion and David Dai on erhu has also founded San Ureshi - a unique oriental trio which presents school workshops, multicultural storytimes, as well as artistic performances in Ozasia festival and Art Gallery SA, responding to artwork No God but God.
The projects developed by the school has also been strongly supported by Nexus Arts, Adelaide Festival Centre, Elders Conservatorium and Confucius Institute.