Alan McElroy is Wingin' It 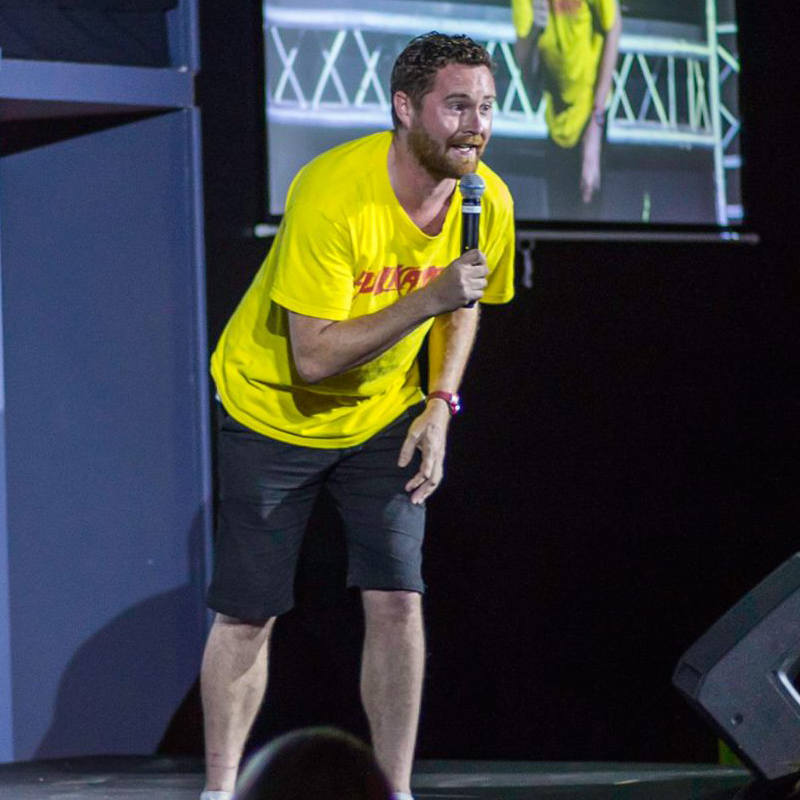 Possibility of giving Skittles to the audience

NZ based Irish comedian Alan McElroy brings his new show "Wingin' It" to Adelaide Fringe! As a busy MC, Alan relies on his quick wit and improvised banter with the crowd, which makes each performance unique. Now, he is making a 1 hour show out of it, this one..."Wingin' It"
Alan has performed in festivals around the world and is just back from the Edinburgh Fringe. And FINALLY!!!! He gets to perform at the cream of the crop, THE GREATEST STAGE ON EARTH! The mighty Adelaide Fringe!
They say 'Never give up on your dreams', well, I/he hasn't!

"Audacious, Ironic, Frenetic, Irish...Good for a laugh." Theatreview
"If it's the best of the new talent you're after, look no further than Alan McElroy...while the mic's in Alan's hand, there's no chance of getting bored" Concrete Playground

Important information:
Possibility of giving Skittles to the audience.

Alan McElroy is a professional stand-up comedian, MC, actor and writer from Dublin, Ireland. He is a regular MC and headline act at The Classic Comedy Club in Auckland.
In 2008, Alan entertained on the live TV show, ‘The Café’ on RTE (Ireland) for two years before emigrating to Auckland in 2010. Later that year, he was voted the Best Newcomer at the New Zealand Comedy Guild Awards and since then, he has become very busy on the pro circuit around NZ. His debut solo show, Giddy, at the NZICF 2012 sold out & extra shows were added due to demand. It was nominated for best new show and he also brought it to the MICF. He has since put on a show at the NZICF every year since. In 2016, he returned to Ireland and performed in the biggest comedy clubs there and Edinburgh Fringe in 2016 & 2017