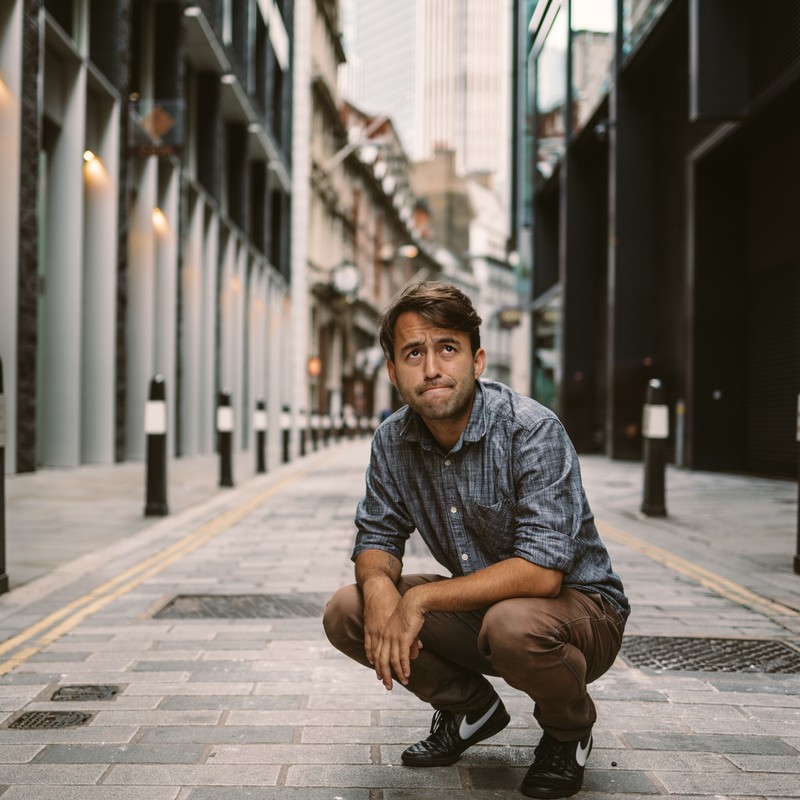 My nickname is Taco - the first girl I ever kissed thought I looked Mexican. I'm Colombian actually - my Mum was backpacking in South America when she was 22, came home and found out she was pregnant. In September 2019, I met my biological father for the first time. He thinks 'Taco' is funny; others think it's racist. I've written a show about it.

"Taking serious, personal topics and effortlessly turning them into jokes is a skill many comedians would kill for, and Taco has it in spades." XPressMag.com.au 2019.

"An effortless and vulnerable charm seldom seen on the stand-up stage, even from the most famous comic minds" The Music 2018.

Aidan Jones is known to his friends as Taco because when he was 15 the first girl he ever kissed thought he looked Mexican. He's Australian actually, and half Colombian, because his Mum got knocked up when she was backpacking around South America in her 20s. Not a joke.

Aidan has been performing since 2012, and for the last three years has toured extensively through Asia, Europe and Australia, playing sold-out shows in comedy and fringe festivals around the world. His new show, 'Taco' promises to be a hilarious and compelling look at mixed-race identity from one of the countries fastest-rising stand-ups.

"A natural writer, Jones recounts the disquieting story with a light but compelling touch" Chortle, 2018