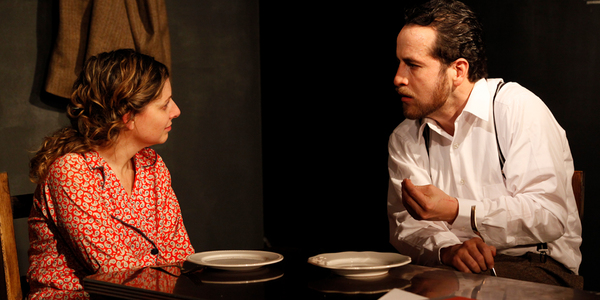 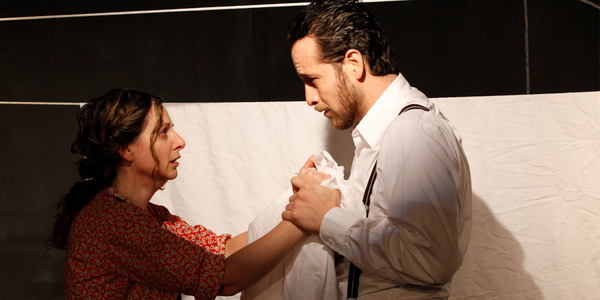 Mexican actors performing in English. A play set in Italy would seem rather odd if theatre was not all about make believe. Inspired by Italian film Una Giornata Particolare, actors Ana Graham and Antonio Vega use a few props, a piece of chalk and the power of imagination to create a life changing, bittersweet human drama, about a chance encounter between two neighbors, in Rome, at a time of political unrest.

"A truly outstanding show, you're missing the entire Fringe experience if you don't see this" Fringe Review

★★★★★ "A must see for your Fringe diary" Adelaide Sunday Mail

★★★★★ "An oasis in the madness of the Fringe" EdinburghGuide.com

"A simple yet powerful story coupled with actors who believe in theatre's potential to change the world: one play at a time" Popspoken, Singapore

POR PIEDAD TEATRO Based in Mexico City, has established itself as a creatively relevant company by developing meaningful and profound theatre with a specific emphasis on contemporary international plays that are both cutting edge and of high artistic quality. We seek to create a bridge of artistic collaboration by generating links at every level and opening means of communication that allow for mutual understanding.

THE PLAY COMPANY develops and produces adventurous new plays, from the U.S. and abroad, to engage New Yorkers in a dynamic global practice of contemporary theatre and expand the American repertoire. Our singular international programming reflects and responds to our diverse New York City home.