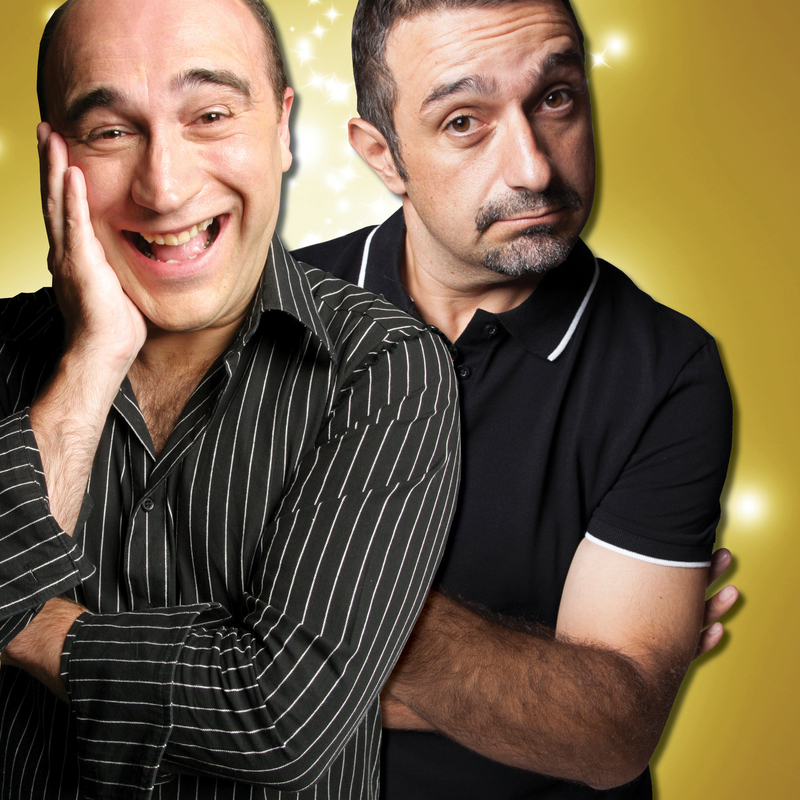 George Kapiniaris teams up with Melbourne comedy favourite Gabriel Rossi for the 2020 Adelaide Fringe Festival in a musical stand up comedy spectacular A NIGHT AT THE WOPERA. It's a show that pays homage to musical greats such as Queen, Elton John and a host of others in their signature "woggy" style.


George Kapiniaris is one of this country's best loved comedy, music and TV stars - having had an incredible impact on Australian popular culture over the last thirty years. George Kapiniaris' claim to fame was his starring role in the hugely popular stage show Wogs Out Of Work. He played DJ in The Flying Doctors and Memo in Acropolis Now from 1989 to 1992 (a show which he co-produced & co-created).

Gabriel has been a comedian since 1996 and has been a regular part of the Melbourne Comedy Festivals and has been a headline act all over the Australian comedy circuit. His style is not very politically correct as he uses his own ethnic background to poke fun at the multicultural society Australia proudly boasts. Gabriel Rossi is happy to be here for his 3rd Adelaide Fringe.