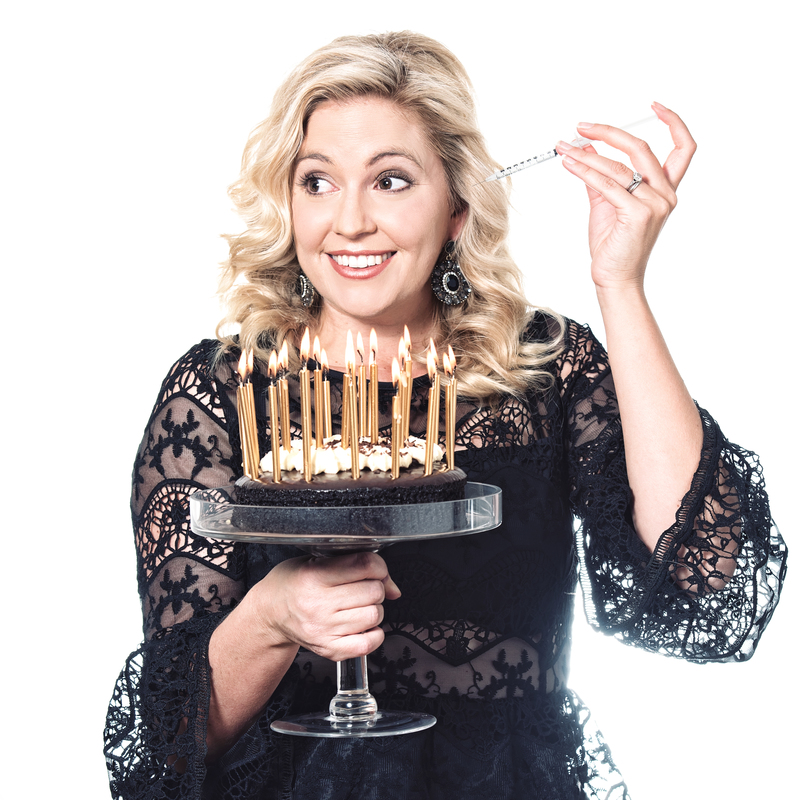 The Octagon at Gluttony - Rymill Park

Do you still think you're 25 even though your birthdate stubbornly insists you're not? Are you enquiring about Botox 'for a friend?' Do you wonder how adults were born in the 1990's?! Returning after a 2017 sell out season Amity Dry takes a laugh-out-loud look at ageing in an image obsessed world, where 40 is the new 30, but only with the right Instagram filter. It's the perfect girls night out!
'As sparkly and glittery as her gown with some notes Streisand and Midler would kill for.' ★★★★★ Glam Adelaide
'Disarmingly honest storytelling, wit, and the sort of soundtrack you'd expect from a gal born in 1978.' ★★★★★ The Adelaide Show
'Thoroughly charming.' The Advertiser.

'Dry takes you from laughter to tears and back again.' Broadway World

Amity Dry is an Australian writer, composer, singer, actress and TV personality best known for her roles on the hit TV show ‘The Block,’ her top 10 album ‘The Lighthouse’ and her critically acclaimed musical ‘Mother, Wife and the Complicated Life,’ which has played over 100 shows throughout Australia as well as seasons in New York, Norway and London and is currently being developed for the West End.