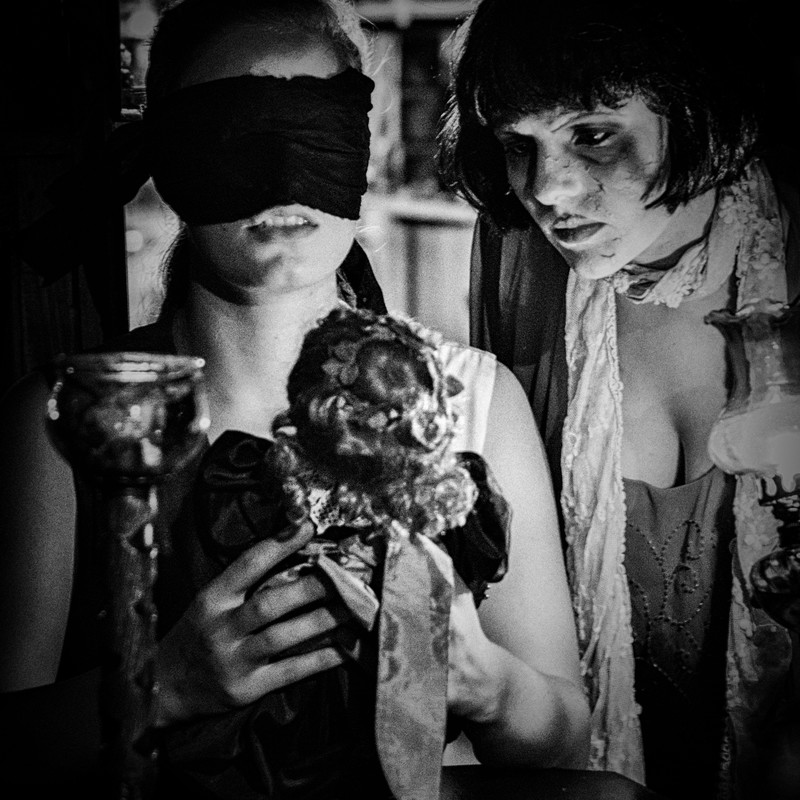 Carclew House and Grounds at Carclew

Care to hear a peculiar tale this Adelaide Fringe? Join 13 strangers around a table as your eccentric host reads from a family letter depicting a supernatural experiment and a theory about objects retaining memories of the past.

Requesting the audience re-create the same experiment depicted from the letter, is what follows re-enactment? Or does something a little more sinister happen?...
Are you brave enough to peek beneath the blindfold?

"It is up to your own imagination to decide how far you go into the darkest corners of your mind." Myron My, Theatre press, Melbourne Fringe 2016

Starting in 2003 with award winning one act play “Lurker”-Nathan Schulz Presents created a theory that audiences will enjoy performance more if they could be involved or to rely on their imagination. Officially becoming a company in 2015 with “Lights Out”- a series of Ghost Stories for Brisbane’s Anywhere Festival, Schulz has since developed his theory with other productions including award winning “Accomplice” in 2015 and sold out season of The Curiosity Experiment for the 2016 Melbourne Fringe Festival. Under the guidance of producer Emily Edwards and drawing inspiration from a “drawing room play” and the intimacy of performance - NSP consists of a balance between classic theatre & Interactive/immersive story-telling that can be performed in any space with a small cast, costumes and limited setting. NSP promotes themselves as a theatre company that creates contemporary and experimental genres within the arts, striving for the audience to be involved and to be left with an experience.