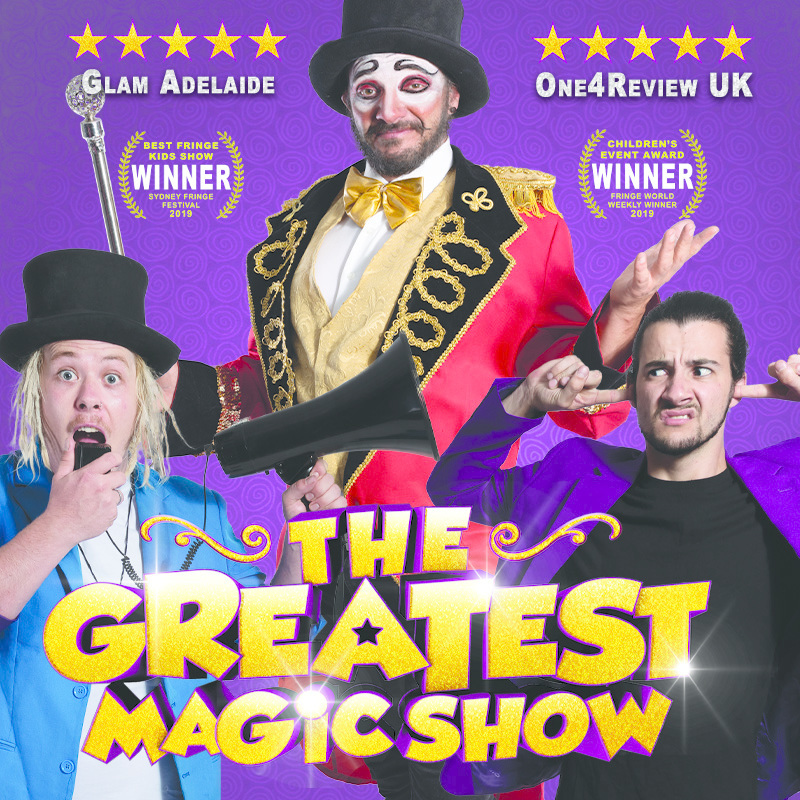 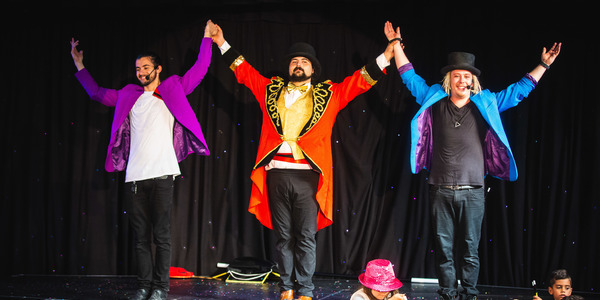 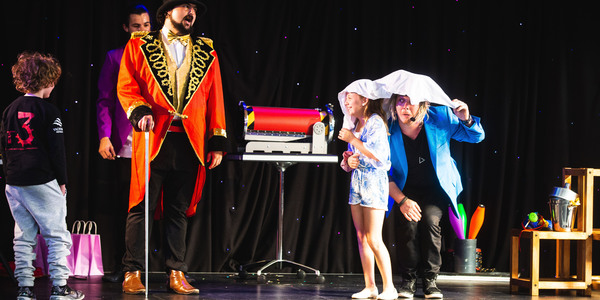 The multi award-winning, sell-out sensation of 2018 and 2019, The Greatest Magic Show, is coming to Adelaide for the first time! Sure to be one of the best family shows you'll see all festival, come see the stars Sam, Justin and the mysterious Ringmaster, hit the spotlight debuting brand-new and hilarious magic and insane circus stunts!

Come and see why this show is quickly taking the world by storm, and you may even be one of the lucky few to come up on stage!! PLUS, every single child that comes will receive a FREE MAGIC WAND on entry, and get a chance to get a photo with the stars of the show straight after... what's not to love?!

Don't Miss Out! Book in advance!!

Sam & Justin are award-winning comedy illusionists and circus performers who have produced countless sold out shows all around Australia, leaving an unforgettable impression on thousands of people in their trail. Not to mention seasons as apart of Melbourne Fringe, Comedy Festival and also Fringe World in Perth where in addition to a complete sell out season, won an award for Best Children’s Show!

Sam has worked with marketing, producing and managing both private and public illusion and dance shows all around Australia, as well as in Hong Kong, Thailand Singapore and New Zealand.

Justin is the CEO of Show Off Entertainment, an entertainment agency with the very best family entertainers specialising in magic, circus, balloons, face-painting, games and so much more!