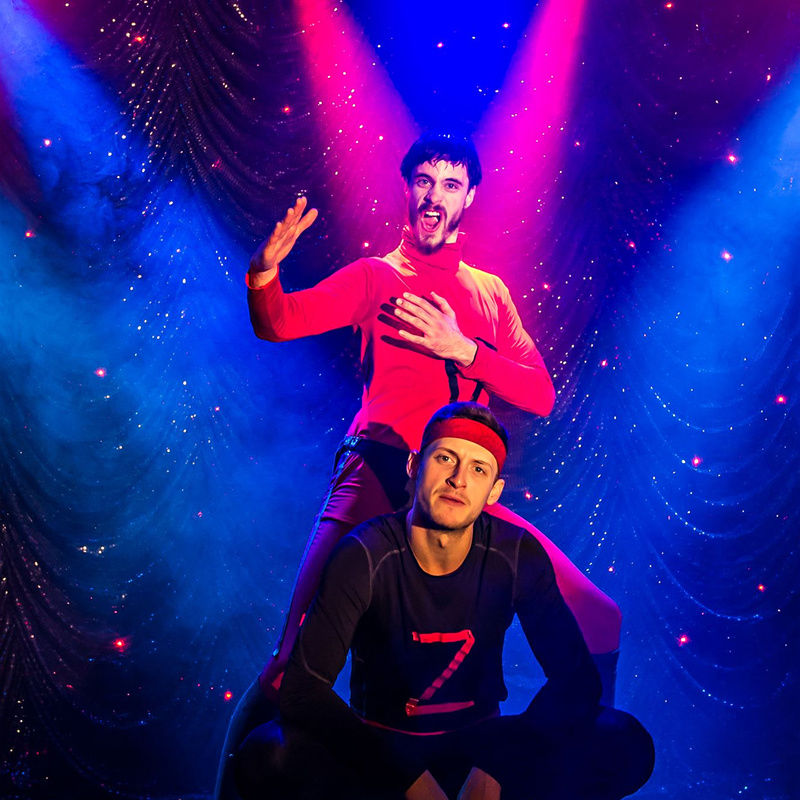 Following three international tours across Europe, The US and Australia, award-winning, Norwegian-American comedy duo Zach & Viggo returns for a three-night run of Thunderflop! Together they've sold out back-to-back seasons at the Edinburgh Fringe, were The Guardian's Top Comedy Pick in 2016, and have sold out shows at Comedy Central and MICF. Directed by Jonny Woolley.

Stamptown is a multi-award winning, independent music and comedy label based in London and Los Angeles. Created by Zach Zucker and co-founded by Jonny Woolley, Stamptown tours live music and comedy worldwide and has established itself as a fixture on the international festival scene.