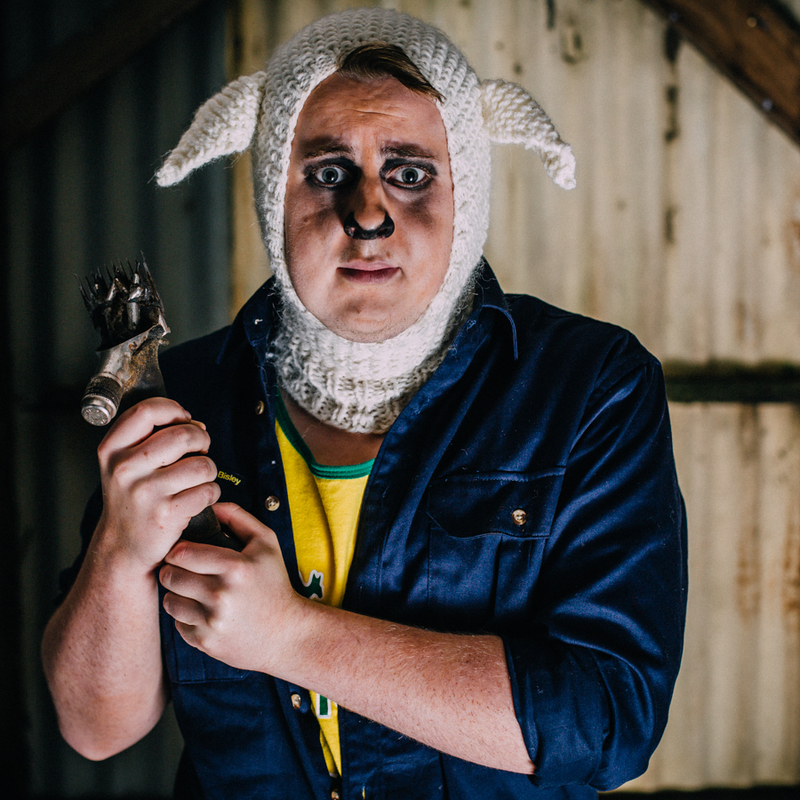 Sarcastic, satirical and hilariously self-deprecating, Woolly is a sheep with serious issues! But he wasn't always so... Woolly!

Witness the tale of how one sexually frustrated, 20-something Brit dealt with rejection in the most absurd way possible: by running away to a shearing shed in South Australia. What emerged was more sheep than man.

Now he's out, and he's looking for ewe!

Shanks, shearing and unapologetic sheep-puns are inbound as Woolly enlists your help to try and put aside the man he once was and embrace the sheep he was born to be. Nominated for Best Comedy at Melbourne Fringe 2016, Woolly: The Morose Merino is a One- Sheep Show that will get you laughing within two shakes of a lamb's tail!

Don't miss this chance to become part of the flock as Woolly brings his charming blend of storytelling and comedy to Adelaide Fringe for the first time!

Alexander Cofield is a British artist who graduated from Rose Bruford Theatre College in 2014, where he trained in devising, clowning and visual art.

As a founding member of ensemble theatre company Pulse 53, Cofield toured their debut work "Against Nothingness or 3cm Above and Empty Head" to Edinburgh Fringe 2014, where they received 4 and 5 star reviews.

Now Cofield brings his own brand of storytelling and comedy to Adelaide Fringe with his first solo show, "Woolly: The Morose Merino" which made its worldwide debut at Melbourne Fringe 2016 to much critical praise, earning him a nomination for the Best Comedy Award.