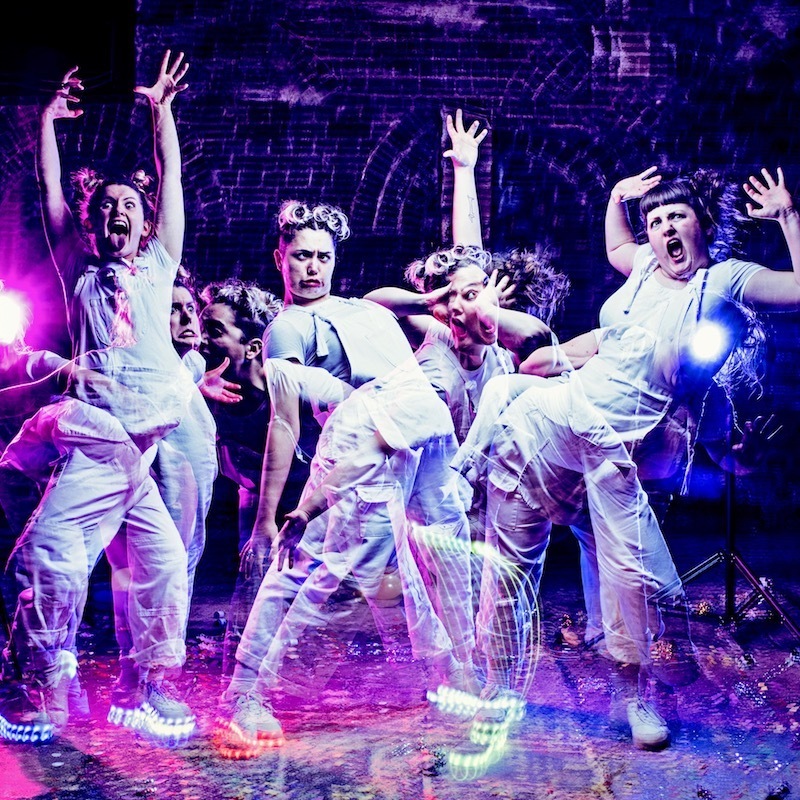 Reference to drug use - frequent but mild. Use of strobe lighting and ﬂashing images. Use of biscuits in the show - these are oﬀered to the audience but are sugar free and vegan

The award-winning cult hit of the Edinburgh Fringe hits Australia! 1989. Manchester, England. A frenzy of drugs, beats and bucket hats. Illegal raves and warehouse parties. Jumping up and down in a field and throwing two fingers to Thatcher... Remember it? Cus we don't. We weren't even born. But Ian was and Ian does remember. Ian reckons we've got f**k all now. So he's gonna take us back to 1989. We're gunna neck a brown biscuit. We're gunna get off our peanuts. We're gunna bounce around like idiots. And Ian's gonna show us how!
"This is a fiercely imaginative, defiant production, proving how political and bold an act dancing can be."★★★★★ -Three Weeks
"A rousing, rallying cry for resistance and a laugh-out-loud feel-good dance comedy, 'We Are Ian' is unmissable." ★★★★★- Broadway Baby, 2017

Important information:
Reference to drug use - frequent but mild. Use of strobe lighting and flashing images. Use of biscuits in the show - these are offered to the audience but are sugar free and vegan.

Presented by:
In Bed With My Brother

In Bed With My Brother are Nora, Dora and Kat. We are three performance makers and three best friends. We use real-life stories. Either our own, or our mates. But, there are no witty one-liners, and we’ve thrown away the kitchen sink. We make a massive song and dance of the mundane, a messy, multimedia mish-mash of clowning, dance routines and lip-syncing. We don’t use scripts. We’re not always sure exactly what it is we do…we’re just glad that this threesome wasn’t just a one night stand. Coined the ‘cult hit’ of the Edinburgh Fringe, the company have received critical acclaim; A Total Theatre Award nomination, The Brighton Fringe Award for Excellence and The 730 Review Award for Innovation. WE ARE IAN has been touring for the last year in the UK including at The National Theatre, London.