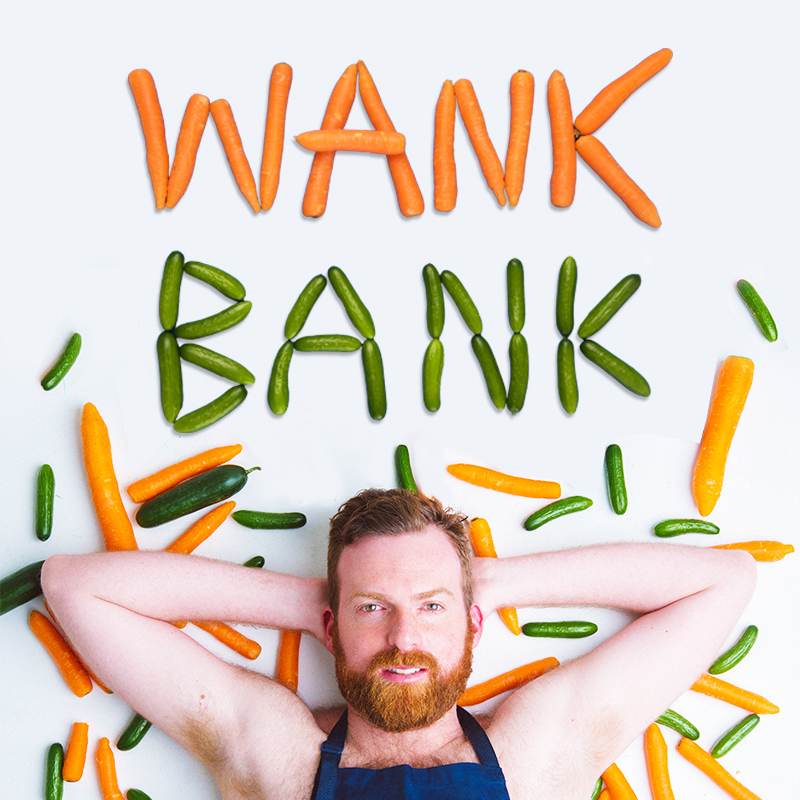 The Australian artist who created an art book from his happy ending massages in New York City, brings you an informative, interactive and playful masterclass of original techniques to perfect the art of handling your partner's member (or even your own). Enjoy waves of adolescent laughter and be prepared to end up in a hilarious circle jerk with carrots and cucumbers.

Adam Seymour (aka Rural Ranga) completed his Diploma of Visual arts at CAE Melbourne in 2012, specializing in drawing, painting and printmaking. Since then has been in various group shows, and exhibited independently since 2013.

After the success of the publication Wank Bank, Seymour developed and performed the Wank Bank Masterclass globally to sold out 5 Star reviews. Wank Bank was featured on ABC’s “Luke Warm Sex”, “Gogglebox” and Triple J’s “Hack”. After this success Seymour was rewarded the Adelaide Fringe Artist Fund Grant to create a female version ‘Pussy Play’ alongside his cousin Strawberry Siren. .

Seymour has been recognised for his uniquely playful approach, embedding part of his dynamic personality in his work embracing themes such as sex, humor and satire.