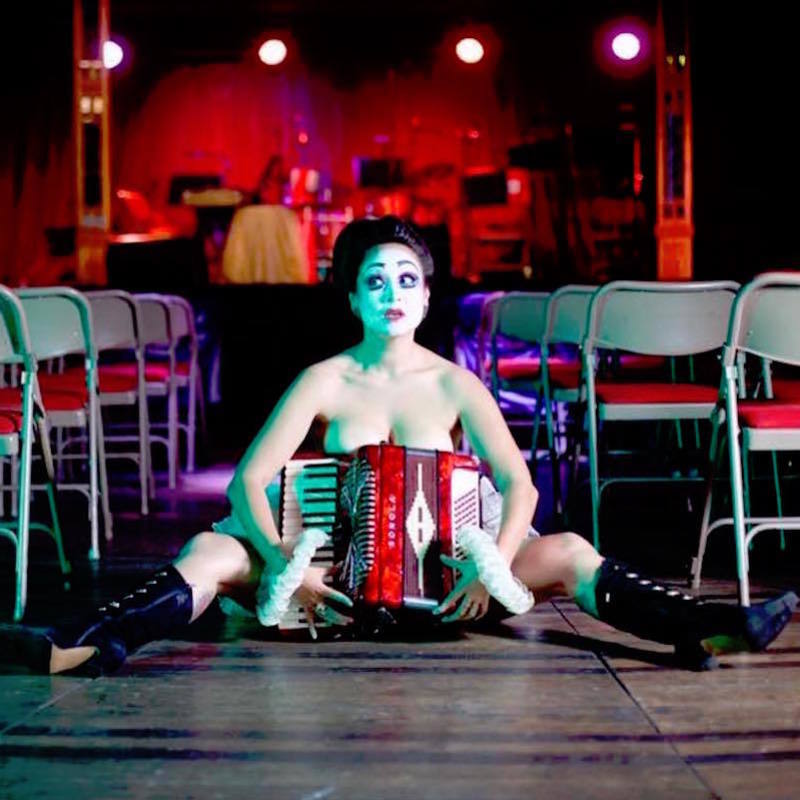 Half-white, half-brown. Farm-raised, city-living. Femme-presenting, bisexually-orientated. This classically-trained cabaret show-off is stuck at the crossroads of identity politics. The lights aren't changing. She can't even drive.

Armed with "sharp, acidic wit" (GlamAdelaide), a "fabulously expressive face" (Herald Sun) and a myriad of musical instruments, this modern show woman conjures an honest, hilarious hour about serious stuff. Like a TED talk. But with more tap dancing.

From the co-creator of international sensations EastEnd Cabaret and 1/3rd of the award-winning feminist firebrands Fringe Wives Club, this is Victoria Falconer's debut solo show. "Her seemingly off-the-cuff commentary is the work of a comic genius." ★★★★★ Three Weeks. "An exceptional musician" - ★★★★1/2 The Adelaide

Victoria Falconer is a multi-instrumentalist, composer and cabaret performer. As co-creator of acclaimed duo EastEnd Cabaret, she has received a London Cabaret Award (2015), performed at Soho Theatre and the Southbank Centre, graced the front cover of Time Out Magazine, toured the international fringe circuit and appeared on BBC Three’s Live at the Electric.

Victoria was named by Time Out and the Hospital Club (h100 list, 2014) as one of the most innovative artists working in the UK creative industries.