Two Brunettes & A Gay - God Save The Queens! 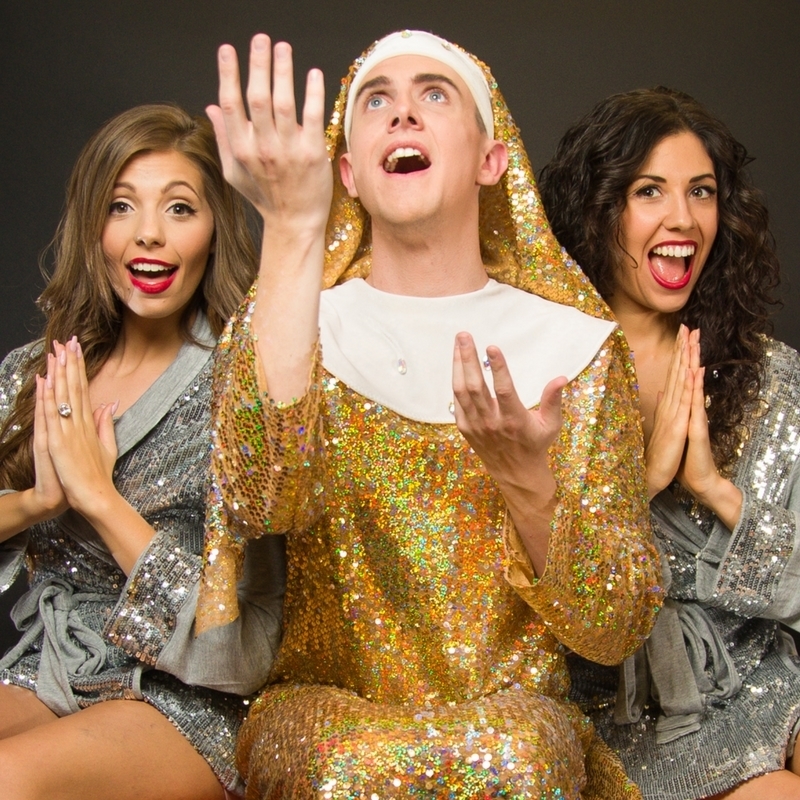 "A delectable evening, fraught with the kind of debauchery and delirium that makes you want to take both your extramarital lovers" - Broadway World.

Hot off the heels of their mammoth season at the 2017 Adelaide Fringe Festival, Two Brunettes And A Gay are back and more fabulous than ever in their brand new, world premiere production 'God Save The Queens!'

Slip on your bedazzled Cone Bra and take a trip down memory lane as your favourite gender-bending trio pay tribute to some of the worlds most iconic Queens of stage and screen in their uniquely colorful 'cabagay' style, BOUND to assault the senses of ALL Fringe goers!

From Britney to Tina. George to Madonna. Not one inch of pop royalty is missed in this hilarious and playful extravaganza of music and comedy... the Regal-ness is REAL!

Presented by:
Two Brunettes & A Gay...

A fierce but fun performance group from Adelaide, South Australia, born to have audiences laughing and dancing in their seats. Their two hilarious shows, Two Brunettes And a Gay... and the brand-new God Save the Queens! are like nothing you have ever seen.... until now! "We are proud to have invented a new genre 'CABAGAY', which is our 'modern twist' on traditional cabaret-comedy. Their intoxicating fusion of the worlds biggest hits mixed with controversial outfits is the perfect blend when it comes to a good night of solid entertainment. Aaron, Celeste & Deanna have been writing and starring in their very own cabaret shows for the past six years, including long-time fringe favorites such as L.A. Baby, Three Brunettes & A Gay and Applause Whores!