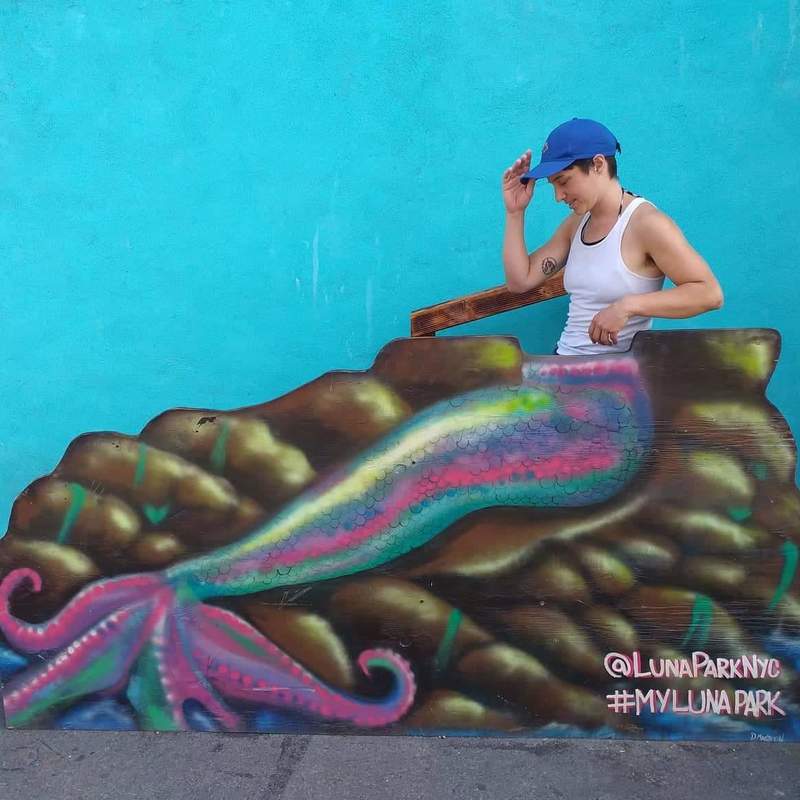 The gender binary: isn't it bizarre? Come dive into the absurd as we follow one clown's magical journey across the landscape of gender in search of a place to call home. Join NYC-based circus artist Ania Upstill in this playful, heartfelt exploration of gender as they dare to imagine a world in-between.

What does it mean to exist between two locations? To travel in between? To find your place in the middle? Come laugh at a clown's playful exploration of what it means to be a trans human.

'Transhumance' is on an international tour to FronteraFest in Austin, TX; NZ Fringe in Wellington, NZ and Auckland Fringe in Auckland, NZ.

Butch Mermaid Productions is the production company of New York-based clown and theater artist Ania Upstill. Ania identifies as queer and genderqueer, is passionate about queer representation and centers their theatrical practice around LGBTQIA+ characters and stories, utilising clown, drag, physical theater and music. Ania has performed an original queer clown show, Piesexual, at The Tank's Pridefest, at various cabaret and showcases for new work (including Undiscovered Countries' November 2018 showcase) and in Hypokrit theater's R+J: A Reimagination of Romeo + Juliet. Ania graduated in 2018 from Dell'Arte International School of Physical Theater, and before that spent six years in New Zealand working as a director, performer and producer.