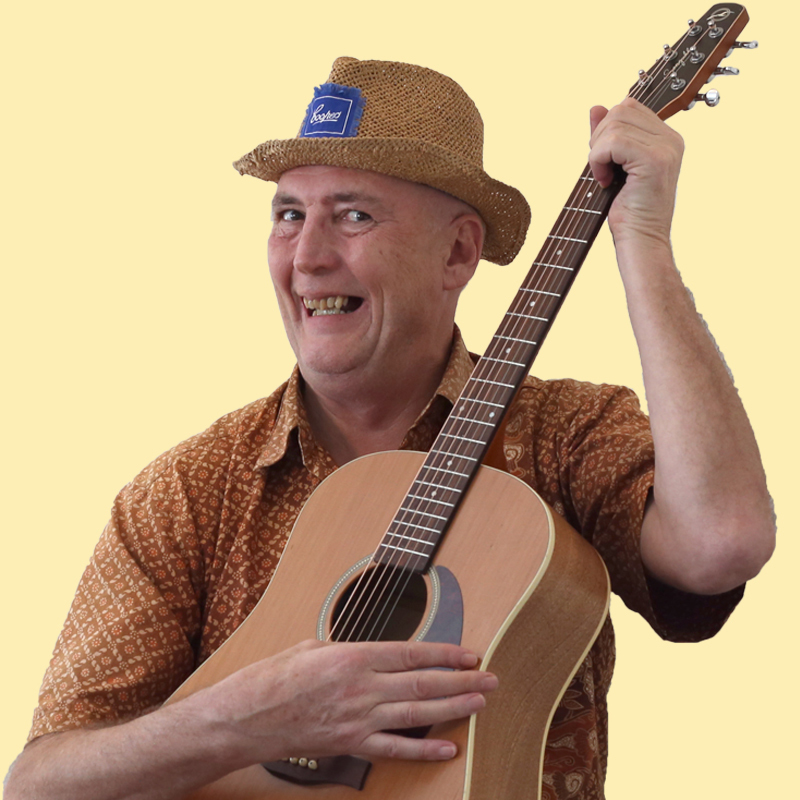 Introducing Eric Tinker, funster and strummer. Eric plays songs that are witty, quirky and savvy. An old hand on Queensland's comedy circuit, Eric has performed comedy songs around Australia and in his native England, as well as in Canada and South East Asia. His comedy style is influenced by the likes of Spike Milligan, Bonzo Dog Band, Tom Basden, Wilson Dixon and Flight of the Conchords. Eric is eccentric and he’s definitely different.

I am a photographer, travel writer and cartographer. In the last three years I have been playing comic songs (under the alter ego Eric Tinker) at various venues and festivals in Australia, England, Canada, Singapore and Indonesia. I have lived in SE Queensland for the last year, performing regularly on the comedy circuit. Now is the time for Eric to put on his own show. And Adelaide is the place!