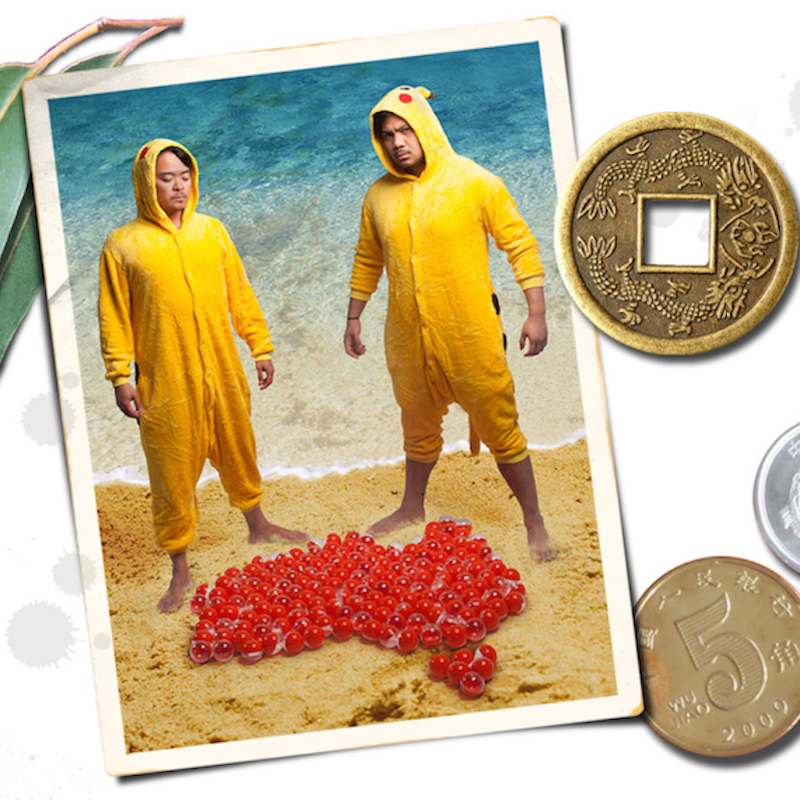 A 19th century classic of Australian literature comes to life in 75 action-packed, fun-filled minutes. The Yellow Wave: a romance of the Asiatic invasion of Australia is an epic saga of heroism, passion & boat arrivals. With a huge cast of characters, Mongol hordes, questionable accents, just two actors & a narrator, it’s an invasion like no other!

Praise for the Melbourne Season:

"So many levels of hysterical." The Plus Ones
"A laugh a minute journey..." Theatre People
"The Yellow Wave certainly had the audience laughing almost without pause for its entire length... Don’t miss it." Stage Whispers

Presented by:
15 Minutes from Anywhere

15 Minutes from Anywhere is an artistic collaboration between director Beng Oh and writer Jane Miller. Dedicated to the creation of new Australian works as well as exploring the lesser known and interesting parts of the repertoire. The company hails from 1968 but creates works for the here and now. Productions include The Yellow Wave, Cuckoo, Mein Kampf, Motherfucker and True Love Travels on a Gravel Road, and Happily Ever After.