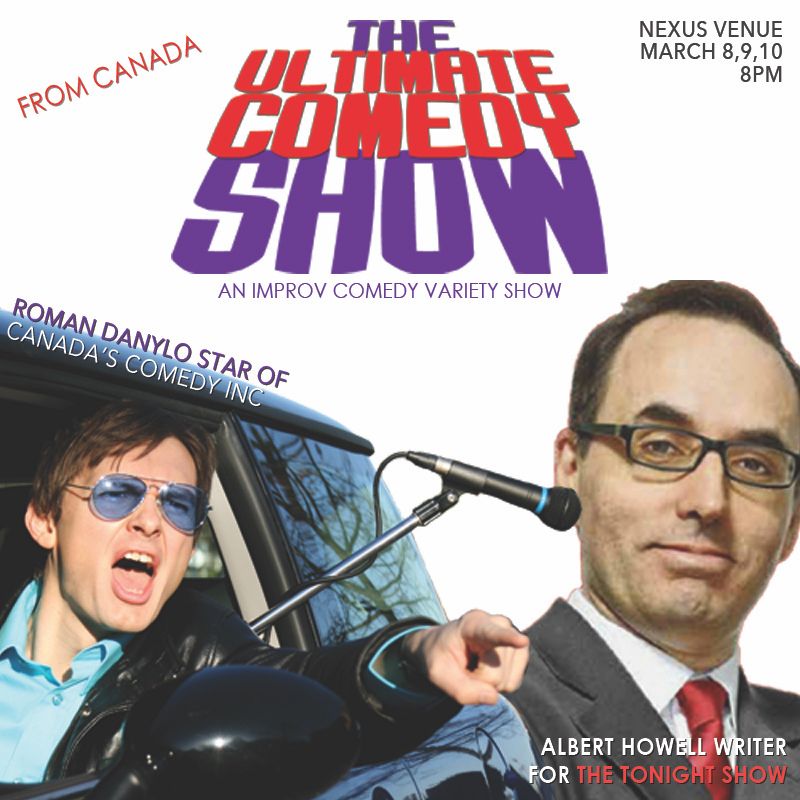 A variety improv comedy show featuring some of the best acts in the world… and the most currently available. It’s more than a show, it’s a euphoric interactive entertainment experience. If this show isn’t the most amazing thing you’ve ever seen, then you’ve watched it incorrectly. Many types of comedy on a wide range of topics, this show has a little something for everyone; after all, it is “THE ULTIMATE COMEDY SHOW!” This show will change your life…. life change not guaranteed.

Albert is a Second City Alumni & has also written for several television shows including ‘Late Night with Jimmy Fallon’ & ‘The Tonight Show.’