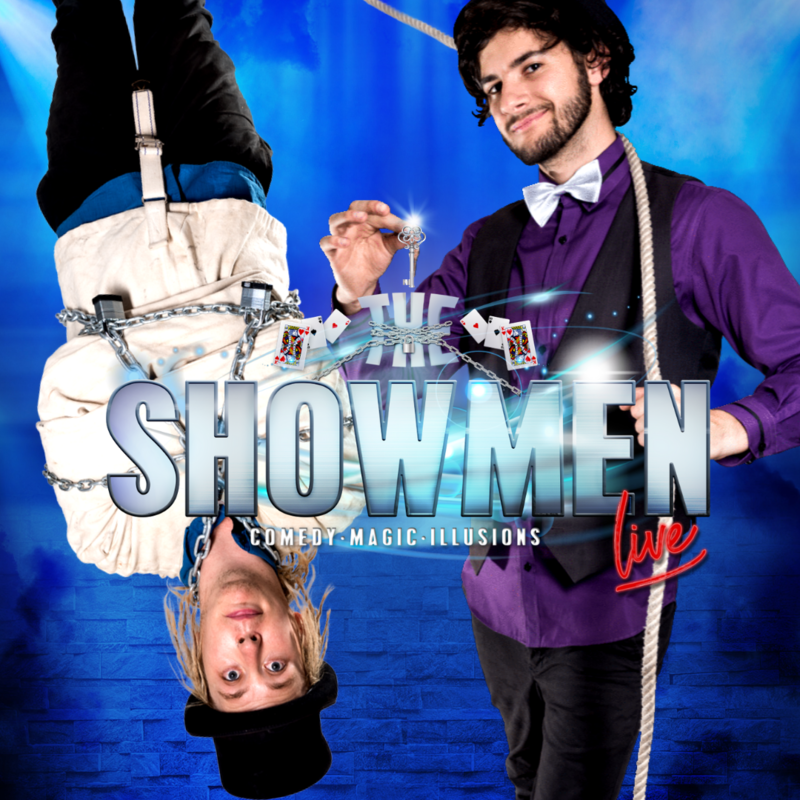 Sure to be one of the greatest shows you'll witness all Fringe, comes the latest innovation in the world of modern-day magic; The Showmen: LIVE!.

Combining comedy, illusions and plenty of danger in a hilarious 60 minute spectacular, these certified sell-out performers are ready to step foot in Adelaide for the first time; and best believe this is set to be unlike anything you have ever seen before!

Don't miss out on your chance to see them hit the spotlight in style, with show-stopping illusions, mind-warping sleight of hand, and a death-defying escape attempted by one of our Showmen... with FIREWORKS down his crotch set to go off at any moment!!

Just in case you needed anymore of a reason to come along, check out what people have been saying about past performances!

"Where to even start!!!! These guys were absolutely amazing"

"Wouldn't miss these guys for the world"

"I laughed harder than the one hour specials on Netflix."

"I left the show with adrenaline in my veins, wanting more!"

This high-octane thrill-ride will have you on the edge of your seats, begging for more! Book your tickets now before they are all gone!

The Showmen, Sam & Justin, are award-winning illusionists and have performed countless sold out shows all around Melbourne, including 2 runs of completely sold out shows at the 2014 and 2015 Melbourne Magic Festival, leaving an unforgettable impression on thousands of people in their trail.

With a design process that started with thinking of effects that are impossible and figuring out a way to make it possible, the show included incredible escapes, fire juggling, the famous cups and balls routine (ON FIRE!) as well as a water tank illusion for the grand finale.

This year marks the premier performance of the show that Justin and Sam have been working on since the end of 2016 under their new stage name: The Showmen. This spectacular will elevate everything they have ever done to the max!