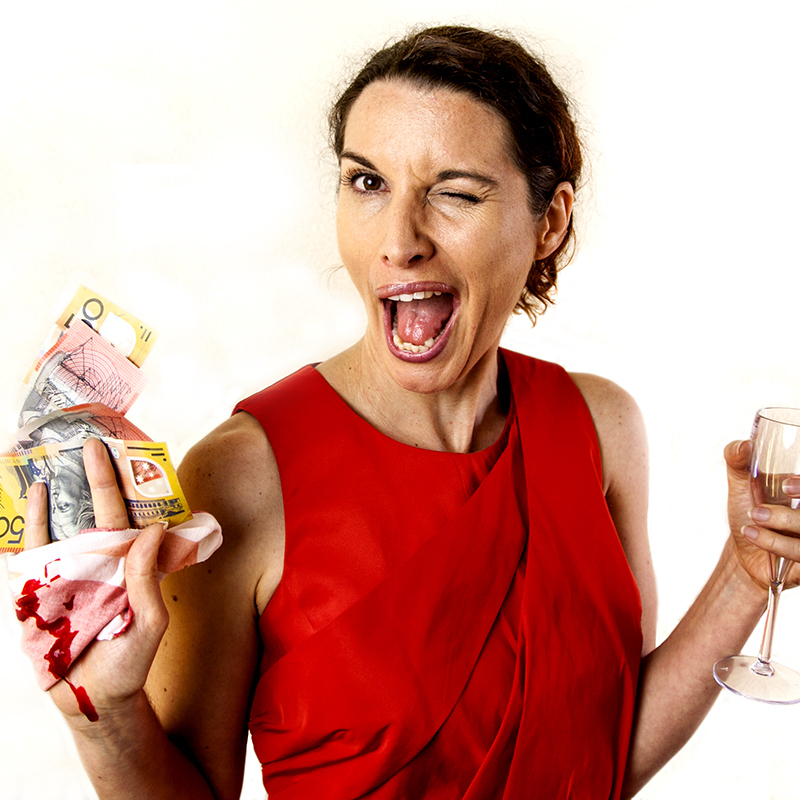 All bets are off in this comedy of seduction when lust, trust and a mountain of cash send punter Helen on the ride of her life. An edge-of-your-saddle mishmash of horse-racing, crippling self-doubt, dodgy sound effects, one overworked actor and seven characters. Warning: this show contains champagne drinking, jaywalking and several Gloria Steinem references.

The extraordinary Jacqui Robson played this comic monologue to packed Sydney houses. Now she's taking the outside track to Adelaide. "One full hour of fun and uproarious laughter" Lip Magazine. "A work that speaks to all people regardless of gender or persuasion -- fabulously funny" Broadway World.

Gina Schien’s plays have been produced in Australia, the US, Italy and Edinburgh and Brighton Fringe festivals in the UK. She has won a MacDowell Colony Fellowship in the US and an Australian Writers Guild award. Her writing has been described by critics as ‘gobsmackingly brilliant’, ‘wonderful, poetic and beautiful’ and ‘sidesplittingly funny’.

Jacqueline Robson’s acting credits include playing Louisa Collins in ‘A Poison Crown’, Aphrodite in ‘Metamorphoses’, Kyra in ‘Skylight’, Helena in ‘A Midsummer Night's Dream’, Harper in ‘Angels in America’, Karen in ‘The Children's Hour’, and Miriam in ‘The Women’, among other roles. She has trained at the Actors Centre Australia, Impulse Theatre London and the Working Actors Gym, Vancouver.