The Hitchhiker's Guide to The Family 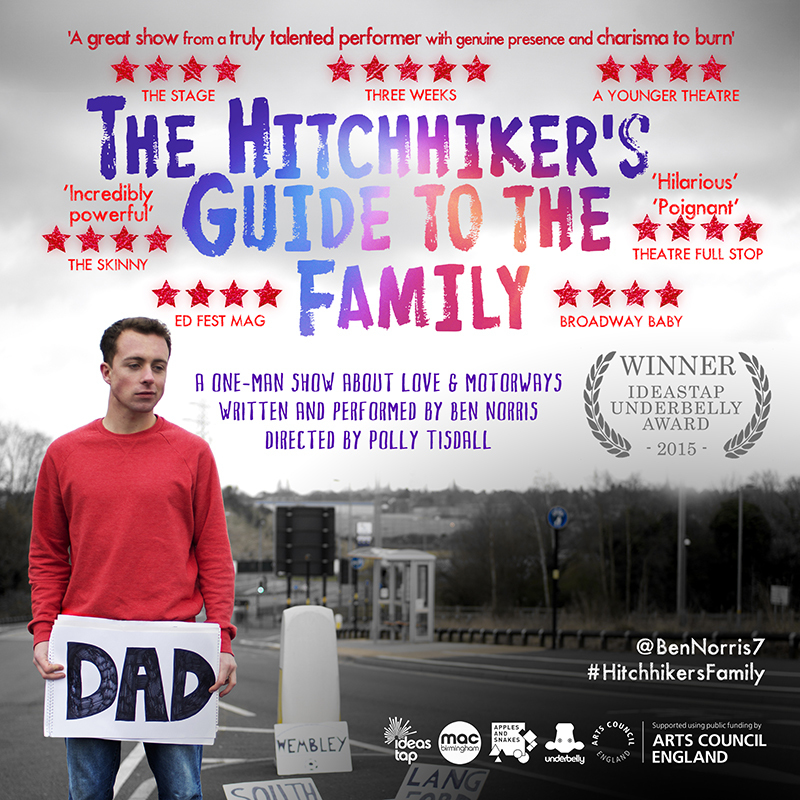 ★★★★★ 'Captivating, entertaining, hilarious. A tour-de-force. Regardless of your heritage, you will recognise yourself in this intelligent, witty insight into the parent/child dynamic' - The Advertiser ★★★★★ Voice Mag / ★★★★ Fest / ★★★★ Sunday Mail / ★★★★ Adelaide Theatre Guide / ★★★★ Clothesline

Join acclaimed British writer-performer & newly crowned BBC Poetry Slam Champion Ben Norris as he battles the UK's most notorious service stations & the perils of lower league football in search of the man behind his stoic father. In turns "hilarious and poignant" (Theatre Full Stop), The Hitchhiker's Guide to the Family is a "modern pilgrimage" (The Stage); a poetic, multimedia, ramshackle road trip from a "prodigious talent" (Reviews Hub) that attempts to bridge the often impassable gap we feel from those we love, asking important questions of identity & contemporary masculinity & Travelodge - along the way.