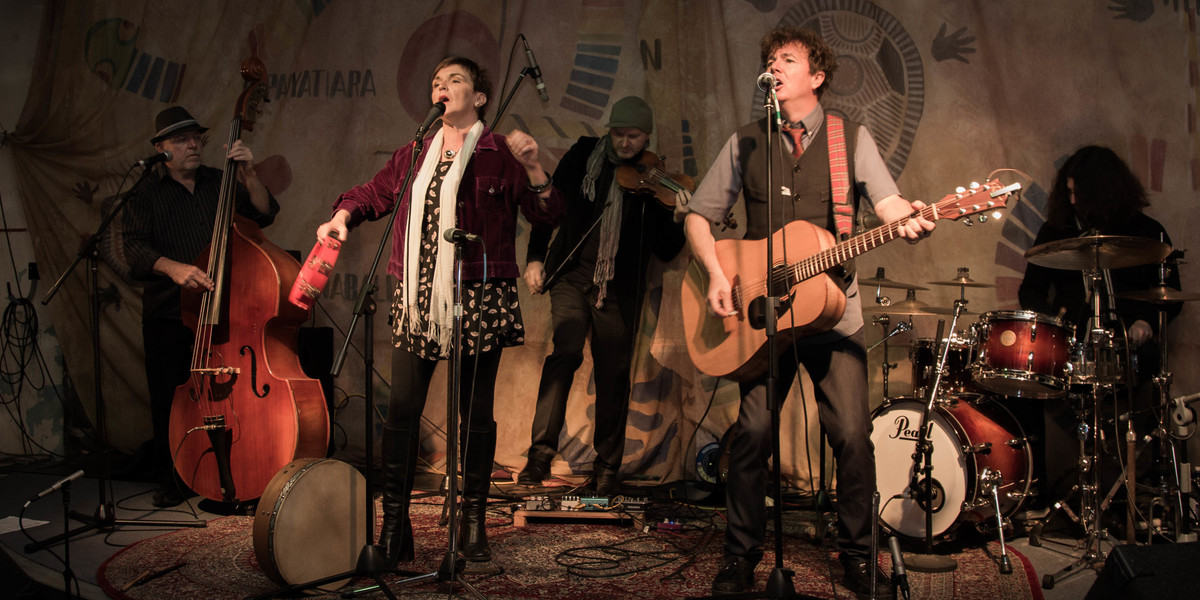 The Chamber at THE QUEENS:

The Marquee Room at THE BRIT:

The Marquee Room at THE BRIT

Entrance is from Bakewell Cres

If you love the UK pub vibe, where a sing song can strike up at any moment, and before you know it, the whole pub is joining in, then The Great British Pub Singalong will be your MUST SEE fringe event!

Featuring 2 of Britain's greatest entertainers (Jim & Alex from the Borderers) this will be the event that you will telling all your friends about for years to come!

Sing your heart out to classic songs from Scotland, Ireland, England & Wales and you'll even get the chance to request the song choices by your "cheer volume!"

Buy a ticket and you also automatically go in the draw to the ultimate prize of a FREE concert from the Borderers worth $3,000 (after the Fringe season is over). There will be fun competitions at the shows where audience members will get the chance to win Celtic Candles, Tartan scarves and Celtic Jewellery etc...

Presented by:
Jim Paterson ( The BordererS )

Scottish / Irish / Australian band The BordererS are the most successful Celtic / Roots band in Oz selling over 103,000 CD's. They got together in 1994 and have released 11 albums, 4 EP's & 2 kids albums. Lead singer, Alex, was born in Belfast, Northern Ireland and came to Australia in 1987, whilst Jim was born in Glasgow, Scotland and arrived in Australia on Christmas Eve 1993.

“You’ve got so much energy!” are the words that are always used to describe the band's live stage show and what sets the BordererS apart from other bands is their unique ability to get the whole audience involved, no matter their age group.

They’ve also been voted Best World Music Act at the 2003 Musicoz Awards, Best Gospel song at the 2009 Independent Music Awards in the USA and Best Band / CD in South Australia