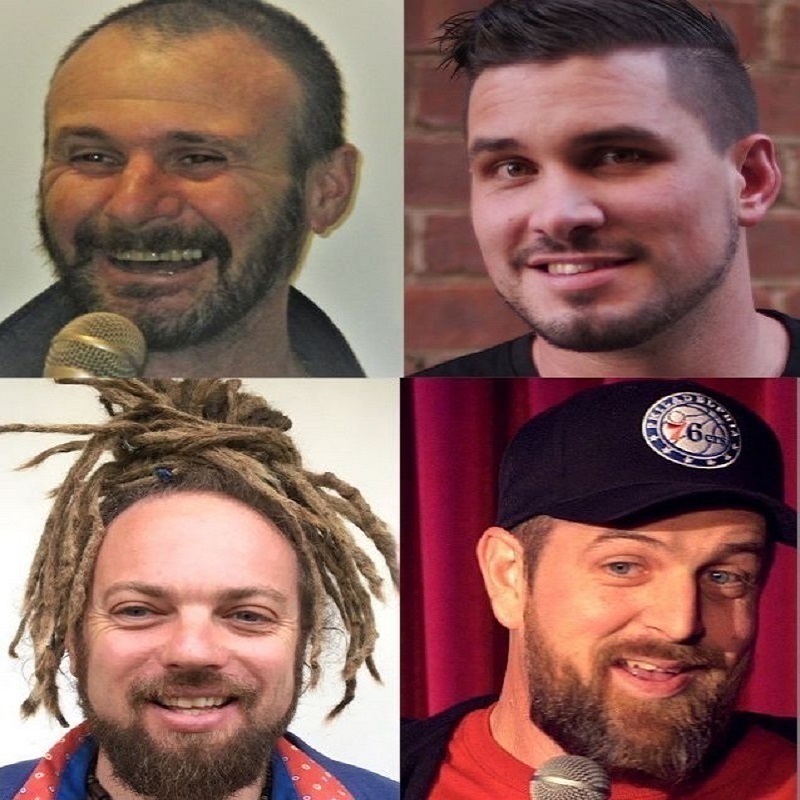 Front Bar at The Bartley Hotel

Rail and Bus to the door. The Club backs on to Largs North Railway station. with side lane way access to the club.

Easier to enter from Orange terrace and Memorial drive

Boomers On The Beach

★★★★ "There were lots of laughs, and Rich's cheeky demeanour made his down-to-earth humour hard to resist." Rich Naberhood, The Advertiser.

All 4 Fringemen will be bringing their comedic talent to a suburb near you.

Rich Naberhood has been performing stand-up comedy in festivals, clubs, pubs and corporate functions around Australia for over 20 years.
Since 2011 Marc ‘The Beautiful Bogan’ Ryan has won Raw Comedy and the ‘Lehmo’s Award’, the Dave Grant Comedy Award and performed two successful Fringe Shows earning him 4.5 star reviews.
Fabien Clark has performed his comedy at festivals and clubs all over Australia. He’s performed solo shows at the Adelaide Fringe, Perth Fringe World, and Melbourne International Comedy Festival.
Over the last 15 years Michael Bowley has proven himself as one of Adelaide’s favourite and hardest-working comedians. In 2014 Michael won the ‘People’s Choice’ Adelaide Comedy Awards and was co-Host of Triple M's The Gist.