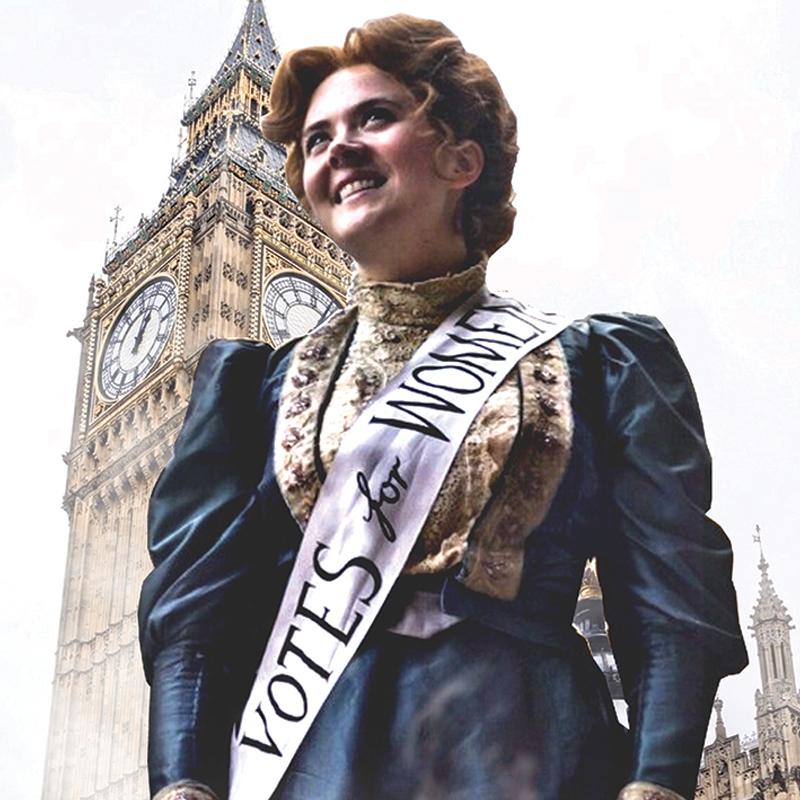 Returning to Adelaide after successful seasons in London and Edinburgh Fringe, 'That Daring Australian Girl' tells the remarkable true story of Muriel Matters: a South-Australian actress & elocutionist who became a leading public figure of the UK's suffragette movement.

★★★★★ "In the deft hands of one of Adelaide's most prodigious stage talents , writer-performer Joanne Hartstone, another is brought back to vivid and vivacious life: the story of actress turned suffragette Muriel Matters." Advertiser

HARTSTONE-KITNEY PRODUCTIONS - formed in 2017 - is the collaborative work of two prolific international theatre-practitioners:
JOANNE HARTSTONE is a multi-award winning South Australian actress, singer, writer, director, theatre producer, artistic director and teacher. She is the Artistic Director of the Noel Lothian Hall in the Adelaide Botanic Gardens and has won multiple awards for her shows including Adelaide Fringe Best Theatre Awards, the Peace Foundation Award, Adelaide Critics Circle Awards and the Sunday Mail Best New Venue, Best Collective and Best Return Season Awards.
TOM KITNEY is a Production and Lighting Designer from the UK. He has designed shows in venues ranging from Buxton Opera House, to The Arts Theatre in the West End, and immersive shows in non-theatrical spaces.