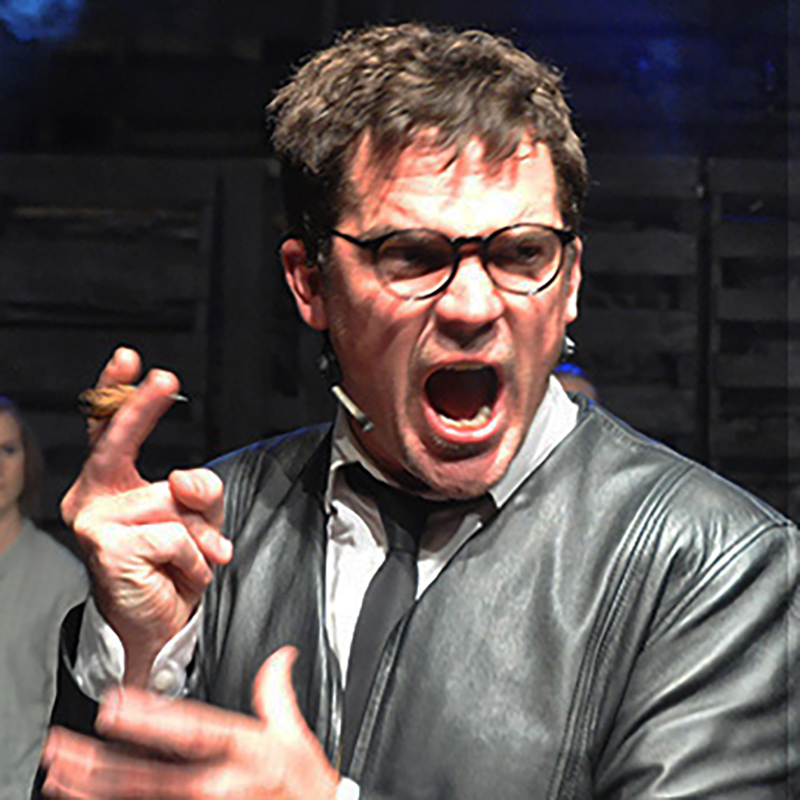 This is the story of playwright, theorist and director Bertolt Brecht, told through the eyes of his principal collaborator Elizabeth Hauptmann. The piece is set during the years of the Weimar Republic in Berlin, sin capital of the world. Hitler is coming to power. Brecht and Kurt Weil are developing Epic Theatre. Featuring twelve original songs.

★★★★ "With a 5-piece jazz band thundering out musical accompaniment, ...it's a bold and exciting musical." British Theatre Guide

"NUWORKS has a mainstream, upbeat feel, lots of bohemian energy and catchy songs. ...For anyone looking to break boundaries in theatre today, (That Bastard Brecht) is a refreshing reminder of a man but also his female comrades who did it first."

Presented by:
Nuworks: theatre made in australia

What makes Nuworks distinct from most other 'not for profit' theatre entities?

​We regularly CREATE and perform new works.
We tour internationally.
We own our performance space.

Nuworks has performed consistently for the past twenty eight years under the artistic direction of David Dunn, its founding member.

We are based at MILLS STREET WAREHOUSE, 6 Mills Street, Cheltenham, Melbourne, Australia.

Over the years, we have largely produced new works written and directed by David. These have tended to be social and political in nature with a strong didactic intent. We also perform plays from Shakespeare to Brecht and contemporary musicals, RENT and Pink Floyd's THE WALL.

​Nuworks has toured overseas to Japan, France, Germany, and extensively around England.