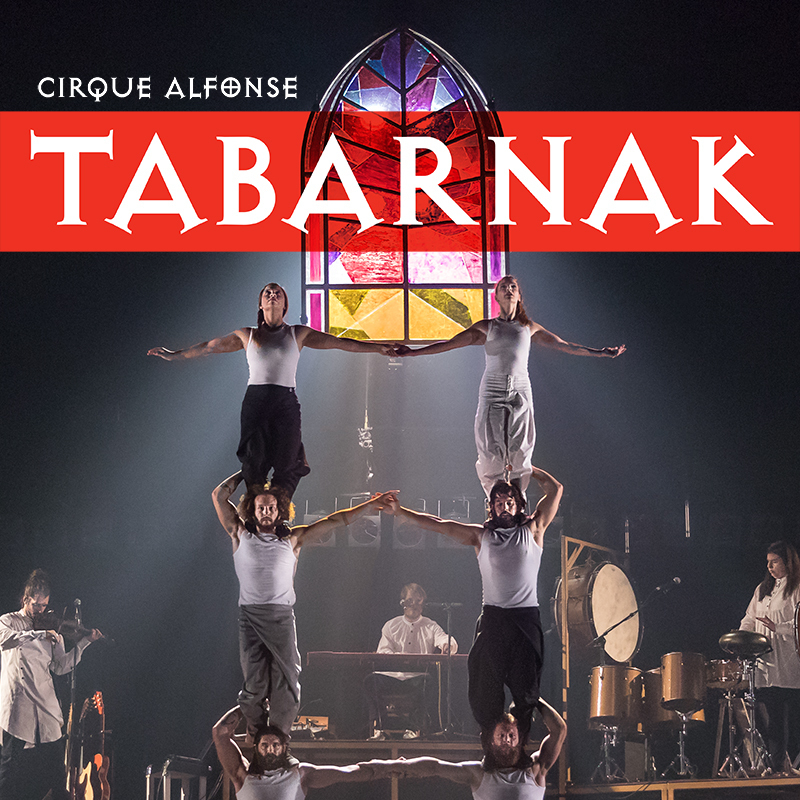 From the creators that brought you the five star Adelaide Fringe 2016/17 sell-out show BARBU.

Something like a rock-musical, a celebration of Heaven and Hell & everything in between, a fiesta of circus, music and reaching for the sky...all in the inimitable style of Cirque Alfonse.

They embark on an anarchic and poetic ‘way of the cross’, a lively musical circus where the organ takes a riff on the traditional & the acrobatics turn the church pews upside down. And we all come together for a rollicking good time!

“Judging by the audience response at the end of the piece, it seems that their prayers were answered.” La Presse

Arts Projects Australia is an independent producer and event management company based in Adelaide.
Since its establishment in 1997, APA has worked collaboratively with a range of festivals, producers and cultural organisations on a diverse range of performing arts projects and tours. APA is the event manager and producer of WOMADelaide and delivers the international program for WOMAD New Zealand.
Past fringe seasons have included Cirque Alfonse's BARBU, SOAP, The Pianist, La Clique, Circolombia, LEO, The Umbilical Brothers, Gadini Juggling's 'SMASHED', Guy Masterson, Fabrik Company, White Men With Weapons, Underneath, Beowulf: The Blockbuster and Ponydance's 'Where Did It All Go Right?'.