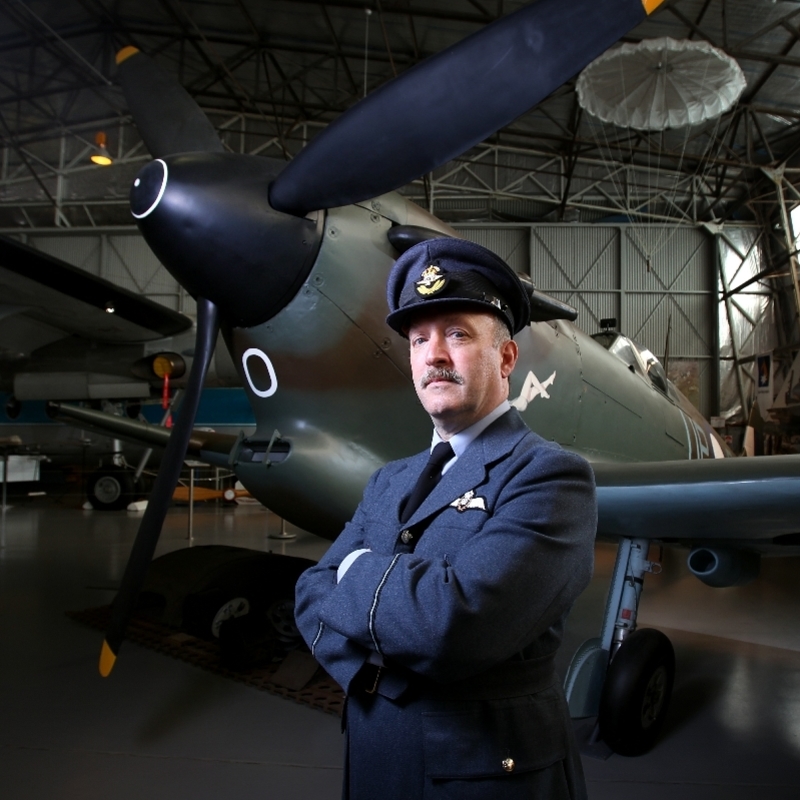 June 2000 - for eighty-year old Peter Walker, ex-Battle of Britain pilot, an unexpected new challenge is about to begin.

As he re-lives past glories, losses, wartime experiences, family memories and the heady days of blue skies and battles, he searches for the answer to the biggest question so far!

Theatre includes the RSC Barbican, Bombur in “The Hobbit” in the West End. His self-penned “Spitfire Solo”, “Nelson – The Sailors’ Story” (Best of Kansas City 2015 Critics Choice Award) and “Your Bard” (all directed by Gavin Robertson) tour around the UK, Australia and USA.
TV includes Buster in BBC’s “Timebusters” and Sylvester the Jester in the Google Geek Week “Knightmare” episode. In 2018 he directed “That Daring Australian Girl” starring Joanne Hartstone, which won Adelaide Fringe Best Theatre award.
He won the British Arrows Best Actor award for a commercial with Jeff Goldblum in 2016 and in 2018 the Special Performance Award at the World Duo Festival, Seoul for his role as Counsellor in “Black and White Tea Room”. In 2019 he appeared in the critically-acclaimed “Oysters” at Fringe.