Songs in the key of Springfield 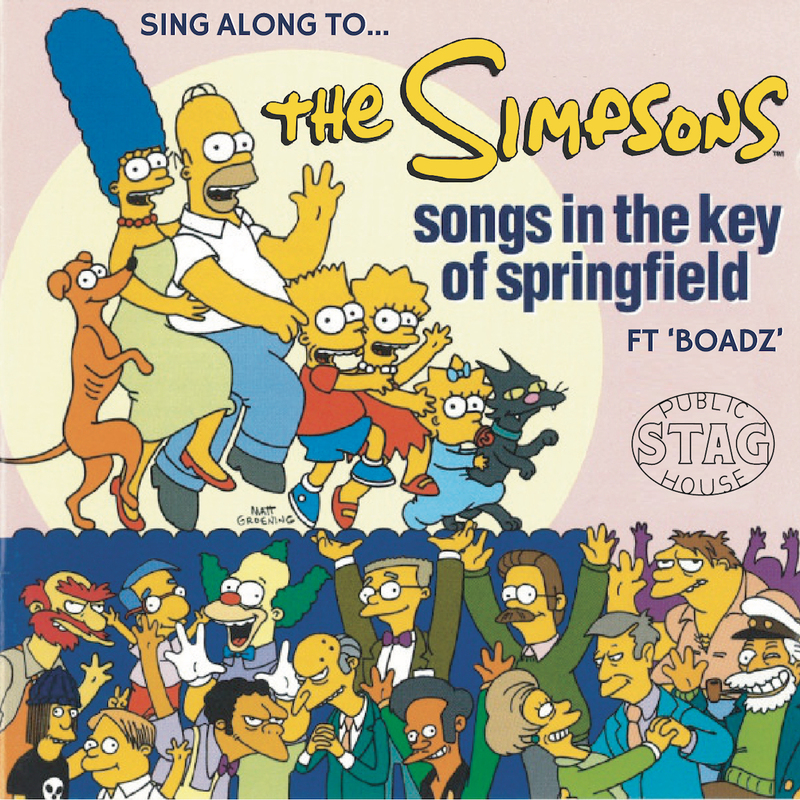 Upstairs at The Stag Public House

After a wildly successful Melbourne run, the most cromulent show you've ever seen is coming to Adelaide for the first time!

This gig will be exactly what you think it will be - the greatest time you've ever had. Come out and sing along to all your childhood favourites, from 'See My Vest' to 'We Put the Spring in Springfield'...from 'Who Needs The Quick-E-Mart' to 'Can I Borrow A Feeling?', all performed live by a legend of the Melbourne music scene, Boadz.

There will be prizes for best dressed and best Simpsons merch on the night as well as our own squishees flowing all night long?

Do not miss the chance to embiggen your noble spirit!

Recently described by The Music magazine as 'Melbourne's Blues Sensation', and featured in wheretotonight.com's list of 'Melbourne's Best Music Tribute Nights' for his 'Dead Legends' series, Boadz is a Melbourne based guitarist and singer with diverse interests to say the least. His 'Songs in The Key of Springfield' shows became one of the biggest surprise hits of 2018 and continues to fill venues across Australia.