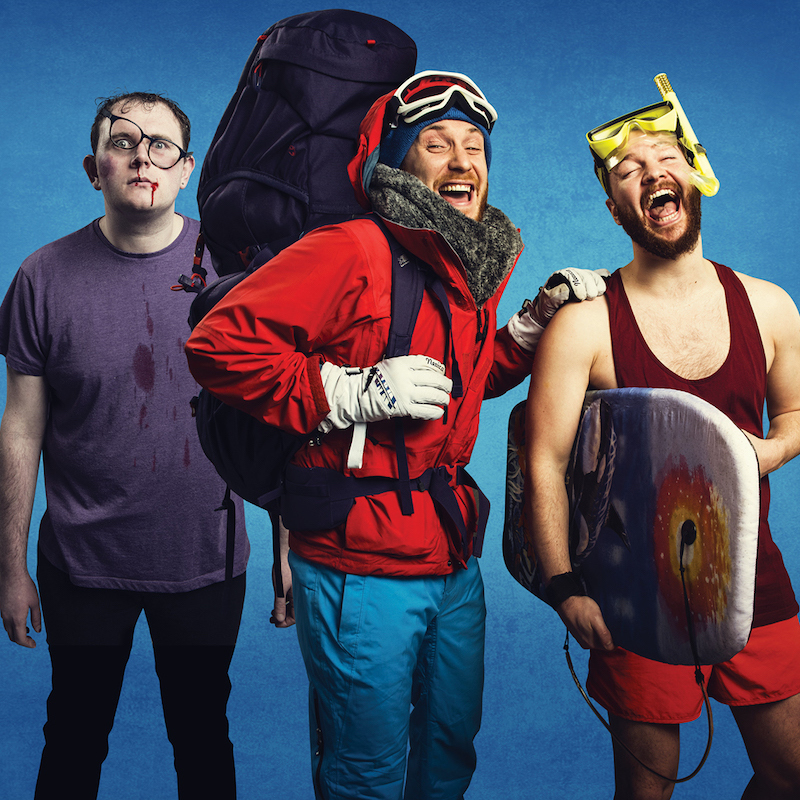 “'Sleeping Trees', described as 'The birth child of Monty Python and The League of Gentlemen' (★★★★ Time Out), are a multi award winning sketch comedy trio based in London who regularly tour throughout the UK where they sell out shows.

'World Tour', their tenth show, is "a blockbuster hour of cleverly scripted fast laughs and energetic comedy."(★★★★ The List) about the trio's bizarre adventures during their 'failed' tenth anniversary world tour.

"Phenomenal performers, brimming with verve and fizzing with invention." ★★★★ Chortle.

"Puns, heartbreak and visual humour the likes of which you'll struggle to find elsewhere."★★★★ The Skinny.

Presented by:
The Sleeping Trees in association with Gobsmacked Productions

Sleeping Trees’ are a trio of comedy writers and performers: James Dunnell-Smith, Joshua Smith and John Woodburn. Over the last ten years they have become firm favourites on the UK comedy circuit and at The Edinburgh Fringe. Alongside live performance they are currently developing their scripts for television. They host the ‘Comedy Garden’ nights at The Battersea Arts Centre, London. Gobsmacked Productions is an award-winning Production and Management company based in Adelaide, South Australia.