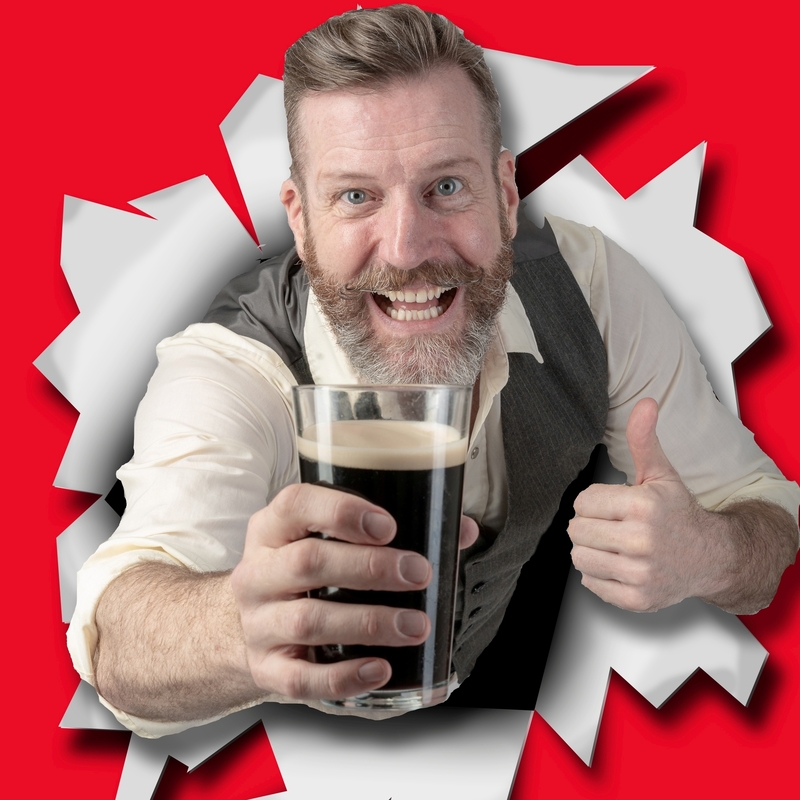 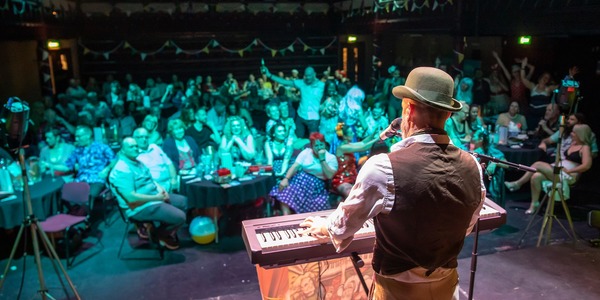 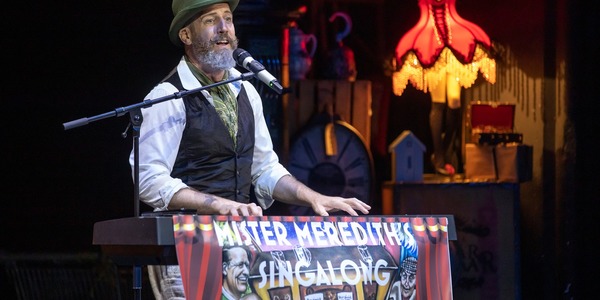 Does exactly what it says! It's a singalong and a pub quiz where you can test your knowledge whilst singing your favourite hits with random points awarded by quizmaster, song leader and cabaret maestro, Mister Meredith.

You won't be at a loss for words with The Arkaba's three screens projecting lyrics and you're in good hands with Mister Meredith, a veteran of thirty years singalong in UK pubs, clubs and corporate evens. This is his first trip to Australia but hopefully not his last, as the pub singing vibe appears to be gaining momentum down here, and people are starting to understand the value and sheer joy of singing together, creating an instant community

Mister Meredith has sharpened his singalong skills over thirty years, starting in nursing homes and pubs, and now playing for the corporate events and the casts of soap operas. He hasn’t forsaken his pub roots though and still has several regular gigs on the go in London. Anything from old Music Hall and Cockney favourites to current pop and musicals favourites, he’ll play and sing and encourage you to “along”. “Keeps the spirits high throughout, generating a wave of bonhomie from the sheer pleasure of a room united in song that he surfs with finesse“ Time Out “Mister Meredith received a tumultuous audience response, not just for his sartorial quirkiness but also his cockney sing-a-long, and hilarious rendition of Queen’s Bohemian Rhapsody.“ Portsmouth News. “Great fun” The Sun