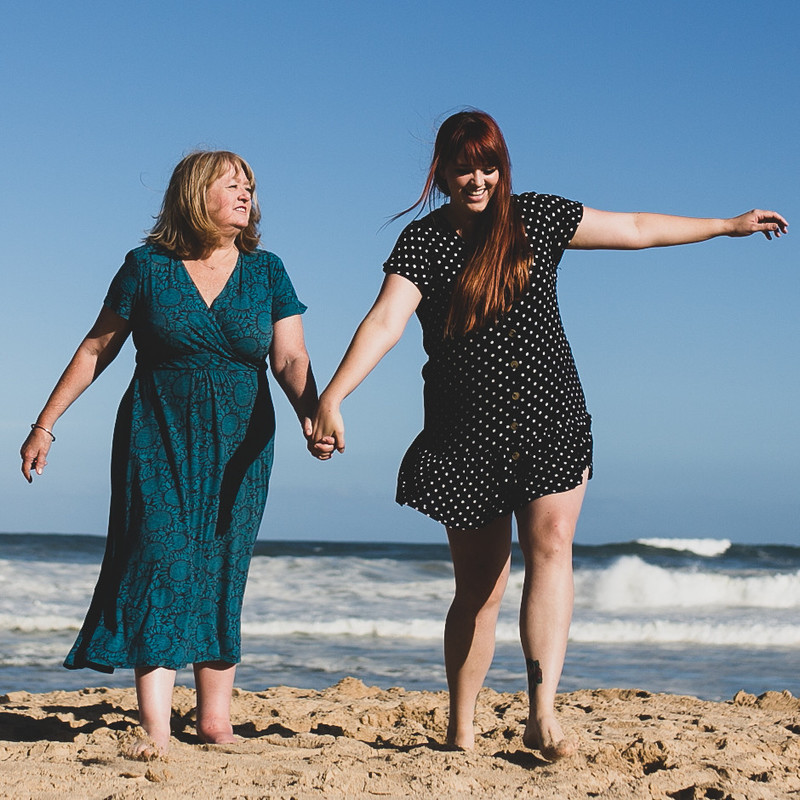 A poignant yet funny play with original songs. The story spans 3 generations of women and begins in Northern England in 1965. Jennifer follows her sisters to Australia leaving her mother Dotty with an empty nest. Weaving in and out of time, Jennifer says the last goodbye to herto her own daughter many years later.

Christine Firkin wrote the book from snippets of family history. Her single woman show premiered at the Edinburgh Fringe Festival in 2017. Audiences loved it for its strong writing and nuanced performances.

Songs are by Kay, a Australian indie-folk singer-songwriter. Her songs are truly stories set to melody, by turns relatable, humorous and heartbreaking.

Christine and Kay play all 3 of the roles and were directed by Brent Thorpe.

"Deeply touching, hilariously dark at times and with beautifully sung original music, See You Later Mum is a cross generational love letter about hopes, dreams and destiny told through the lives, loves and loss of 3 women" Travis de Jonk, The Sydney Sentinel

Christine Firkin has a strong background in performance, directing and teaching. Her acting credits include Judy in The Fabulous Punch and Judy Show at the 2015 and 2016 Edinburgh Fringe Festival and the Dame role in a traditional Christmas pantomime in England. Christine has also appeared in several short films.
Last year she finally brought her one woman show, The Roads I Didn`t Take, back home to Australia after performances at the Edinburgh Fringe Festival and venues in London. The cabaret show played to enthusiastic audiences earning praise for both writing and performance.