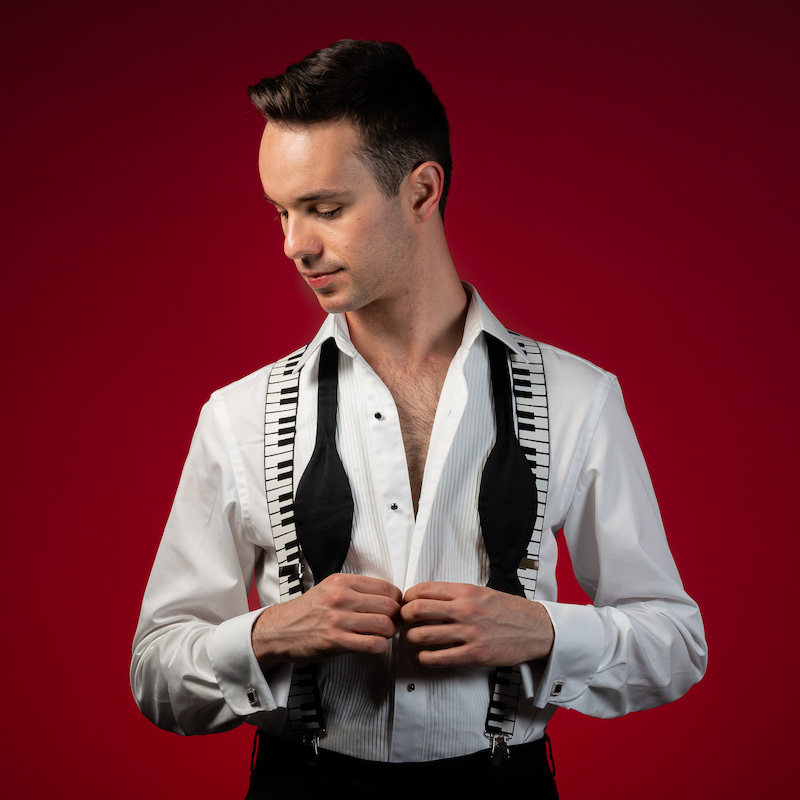 Content Warning: This show talks about hospitalisation, including descriptions of needles, drugs, hallucinations, and internal bleeding. This has made some audiences feel faint in the past.

Underneath Josh's shirt is a scar. A big scar. He might even show you, if you ask nicely. Armed with a keyboard and a "musicality that's equal parts Minchin and Mozart" (Scenestr), let Josh open up to you about how he got his scar. Expect original songs, an awkward story about a pee bottle, and 'sidesplitting' laughter (or, at least, the sidesplitting part). After winning a Weekly Best Cabaret Award in Adelaide Fringe 2018, and three Fringe awards in 2019, Josh returns with an intimate, stripped-back version of his critically acclaimed show.

Please note: You can purchase tickets to Josh's new show 'Right Here, Right Now' which will be at Adelaide Fringe from 11th - 22nd of February.

Hi, I'm Josh. My pronouns are he/him, and I live and work here on Kaurna land. I make shows. Last year I made a show called '30,000 Notes'. At the Adelaide Fringe, where it was premiered, it won the Adelaide Festival Centre InSpace Development Award, the Holden Street Theatres Adelaide Fringe Award, the Best Emerging Producer Award, and was nominated for the John Chataway Innovation Award. It also won the Adelaide Theatre Guide's "Curtain Call" Award for best cabaret (professional) for Adelaide's 2018-2019 season. This year I'm reworking my first cabaret show, because I want you to see it if you haven't yet. It's going to be intimate, showing to a maximum audience of 20 at the lovely Holden Street Theatres. It's going to be something special.