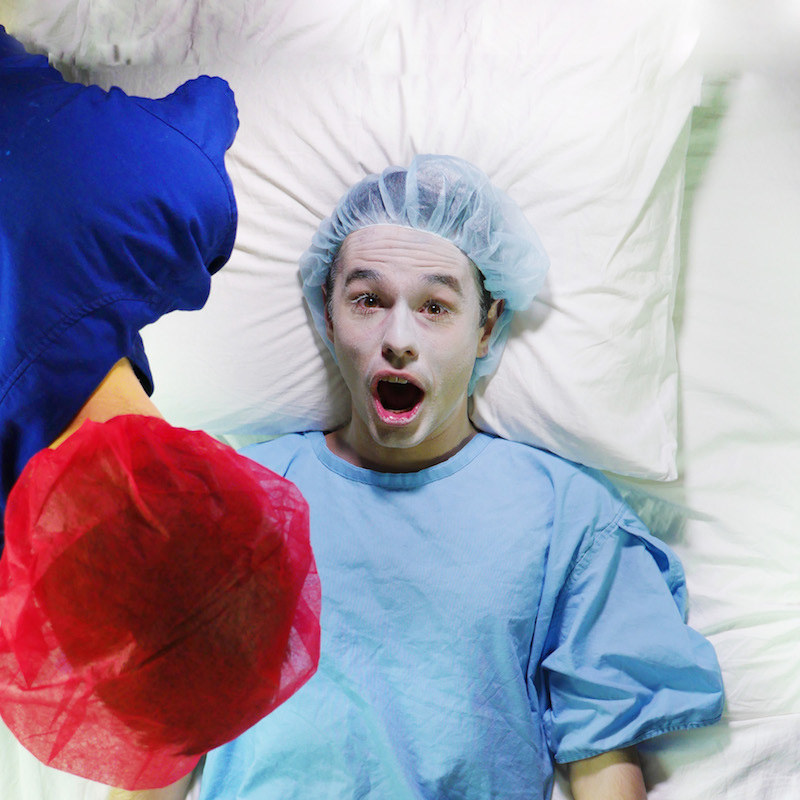 When Josh Belperio survived flying over the handlebars of his pushbike, rupturing his spleen and nearly bleeding to death, he did the only rational thing an artist would do - he wrote a show about it.

After a sold-out Adelaide Cabaret Fringe debut, Josh returns to surgically dissect his trauma 'while leaving the audience in stitches' Scenestr.

With original songs described as 'equal parts Minchin and Mozart', Josh recounts his finer moments in hospital: from his boyfriend watching him pee into a bottle, to proudly parading around in see-through underwear. Join Josh as he tells his life-changing story with 'raw honesty, truth and vulnerability, wrapped up in song and comedy' SceneTV.

Presented by:
Under The Microscope

Under The Microscope is proud to present Josh Belperio: writer, performer and multidisciplinary musical artist. Josh is passionate about using the power of music to enrich people’s lives, and open pathways of empathy with each other. His anthem for queer rights during the Same Sex Marriage Postal Plebiscite, 'Dear Malcolm Turnbull', received over 200,000 views on social media, and raised close to $200 for QLife – national queer counselling service.

Josh has collaborated with Ngarrindjeri Elder Major Sumner, and works with Tutti Arts – a leading arts organisation for people with disabilities. A winner of the Artology Fanfare Competition, Josh’s music has been recorded by the Australian Youth Orchestra and broadcast in the Sydney Opera House.