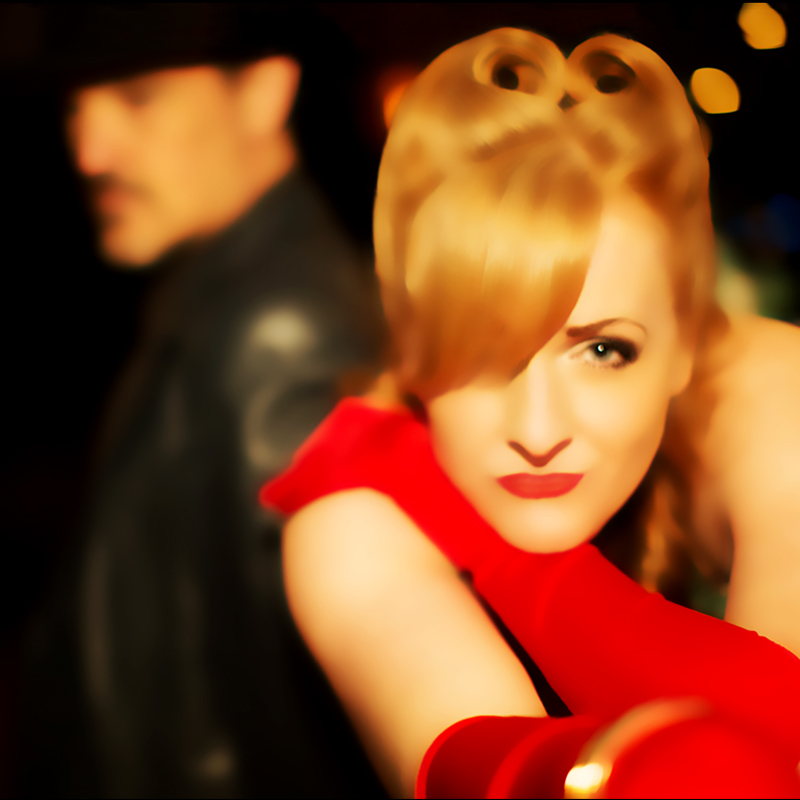 You don’t have to know or like the music of Tom Waits or the extraordinary singing voice of Marisa Quigley to be utterly seduced by this captivating beat-poetry-song-noir-cabaret show.

Everything about Red Dress & the Sugar Man interacts seamlessly to draw the audience under its spell. The performers, the songs, the intriguing and seductive narrative all begin to steal over you even before the 6ft Titian-haired bombshell Quigley sashays onstage.

Quigley opens her scarlet-lipped mouth: first to begin the story of when Romeo met Rosie, then to sing the first of many carefully-chosen Tom Waits songs and you’re gone. Her voice is deep, husky, measured as she unfolds the chance meeting in a late-night coffee dive between the swaggering, dissolute Romeo and bad-girl-back-from-the-brink Rosie.

Red Dress & the Sugar Man will leave you feeling like an extra on a 1940s detective film noir set to a Tom Waits soundtrack, witnessing the slow-motion death of a romance before it has a chance to live.

Quigley has been a strong presence in the Australian blues scene, with her band Chubby Rae & the Elevators since the early 2000s. Awarded Female Vocalist of the Year at the 2007 Australian Blues Music Awards, she has played at many of Australia's premium blues & roots festivals, including Byron Bay's Bluesfest, Port Fairy Folk Festival, Queenscliff Music Festival, Apollo Bay Music Festival and many more.

Red Dress & the Sugar Man was first presented by MAD AS Productions, an innovative performing arts company based in Bright, Victoria. MAD AS collaborators Rudi Katterl and Ernie Glass, invited Marisa to perform the show with them, prompting her to finally finish writing it.