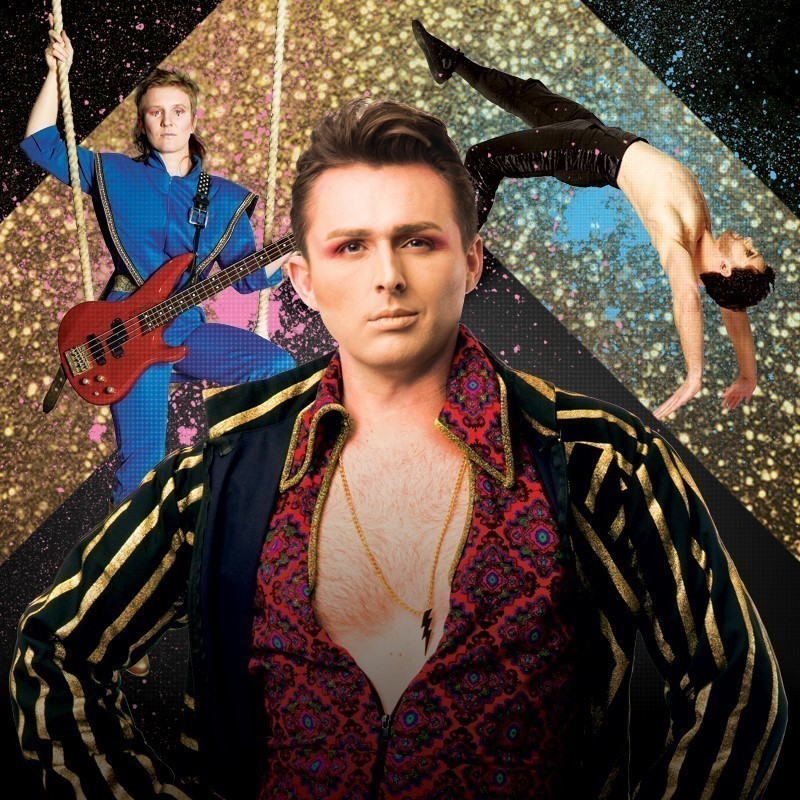 Rebel is a live circus rock tribute to the original rebel, David Bowie. Stage dive into the mosh pit for a night of live music, glittering glam rock, phenomenal acrobatics, breathtaking aerials and spectacular heart stopping sideshow. Live music combined with circus and comedy brings to life an incredible body of work that spanned over 50 years, and an aesthetic that broke ground and inspired generations.

Rebel has been inspired by the words of Bowie; "I want to tart rock up. I don't want to climb out of my fantasies in order to go up on stage - I want to take them on stage with me." Rebel is your Bowie fantasies realised - a live band, breathtaking circus, spectacular rock and roll sideshow.

Presented by:
Gluttony and Highwire Entertainment

Gluttony premiered at the Adelaide Fringe in 2011 and has been presenting an engaging and exciting hub every year since, growing every year! Highwire has been creating and touring shows since 2006, shows that include Rouge, Papillon, Shake It, Le Petit Circus, Dinosaur Time Machine and Pop Party Throwdown.