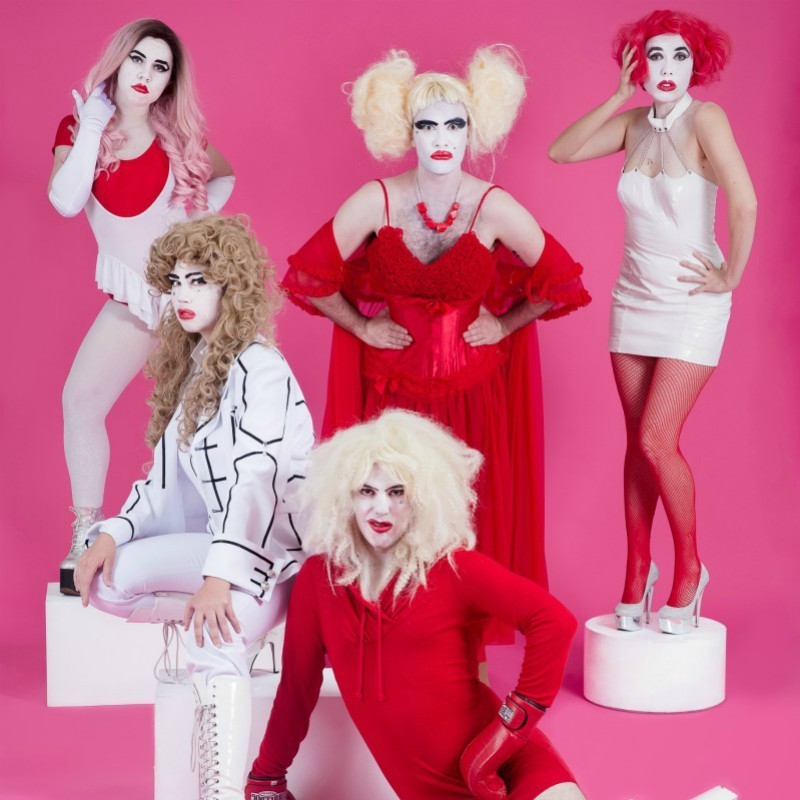 Vampire classic gets queered up and ARSE-ified by award-winning underground comedy cult PO PO MO CO! Audiences will shriek, gasp and shout ‘He’s behind you!’ in what is the campest, vampest, adults-only show this side of Uranus.

Shameless ass puppetry is front and centre in this hilarious cheeky horror show created by a risque troupe of queer clowns.

"They are unicorns... spreading their electrifying energy everywhere they go." - Theatrepeople
"Their Andy Warhol-esque counter culture style of influencing opinions is biting... they will influence even the straightest mind." - Australia Times.

NOTE: Only the March 16th performance is Auslan Interpreted

PO PO MO CO aka Post Post Modern Comedy have just celebrated their second anniversary. They have been wreaking queer performance havoc in Melbourne, as resident comedy troupe at the award winning venue The Hare Hole in Fitzroy. Embracing all things queer and queer allied they have been celebrating alternative physical comedy with shows, fundraisers and workshops. With sold out shows across Perth Fringe World, Melbourne International Comedy Festival, Melbourne Fringe Festival and Midsumma Festival. With stupidity firmly in mind, they create neo-vaudeville shows, grounded in slick and saucy contemporary clowning.