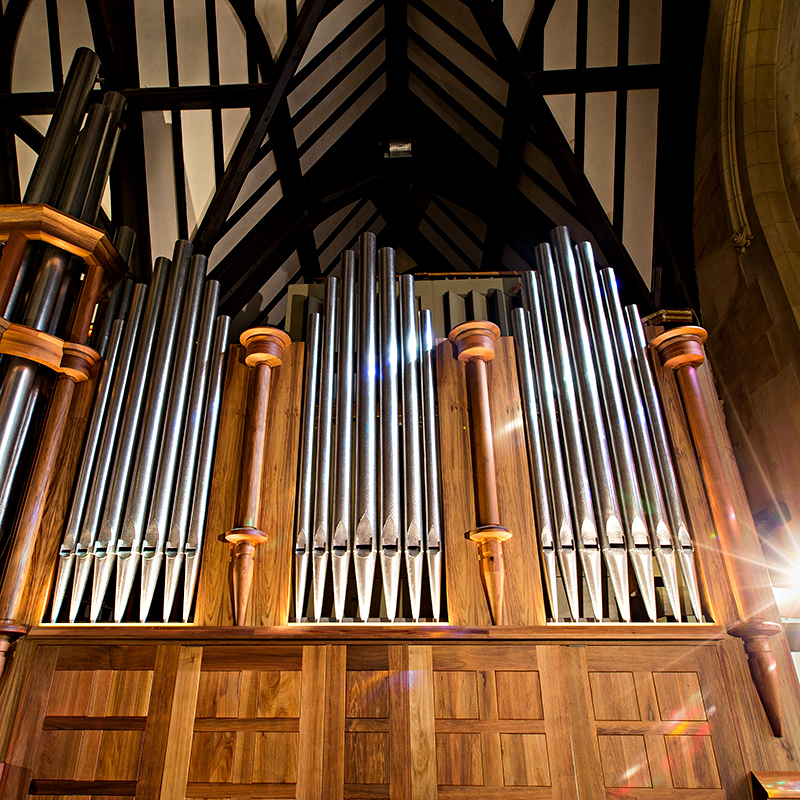 Our Canadian built 1927 Casavant Freres pipe organ is unique to Australia, being the only example of an inter war built organ from the American continent and has a different sound to English-style organs of that era.

The heritage-listed cathedral located in the heart of the city, on the south-eastern corner of Victoria Square, has been an integral part of South Australian life for over 150 years.

The lunch-time recitals are a unique opportunity to visit this beautiful place of worship and be inspired by some of the world's best classical music being played on this magnificent pipe organ.

Presented by:
Catholic Archdiocese of Adelaide

After nearly two decades without a pipe organ, the Archdiocese commenced raising funds to enable the installation of a pipe organ built in Canada in the 1920s by the renowned Casavant brothers.
This magnificent instrument was commissioned and blessed on Sunday November 13, 2016

The sound of the organ is symphonic and romantic, with many tonal colours for the organist to mix. It speaks with a North American French accent, has exceptional tonal egress into and down the building and an even spread of sound throughout the Cathedral. In a country in which English-styled organs are the most frequently seen and heard, the Casavant Frères organ is Australia’s only example of a French-Canadian style organ built on the North American continent in inter-war years.