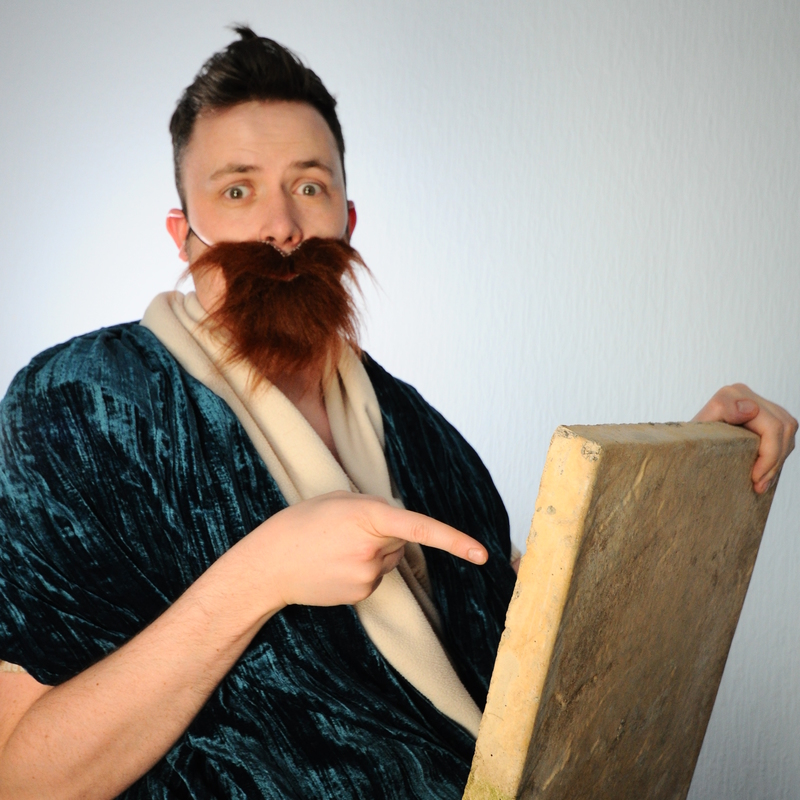 The Red Room at The Austral Hotel

Paul Savage 'Finds All The Jokes In The Bible'.

Fresh from 2 sell out runs at Edinburgh Fringe. Savage's Dad, (a baptist minister) claimed that there is only one joke. So, to prove him wrong, he found all the others. Features wizard battles, talking animals, a chapter full of biblical erotica, and the only opportunity you will have at the fringe to curse the comedian onstage.

"an engaging and affable labour of love by a man determined to find comedy in the most unlikely of places" Broadway Baby.

"Turns out, religion was based on a very old joke-book where 90% of the punchlines were polio, warcrimes, incest and genital mutilation" The Skinny.

"Clearly knows the bible inside out. But if he has the Good Book in one hand, he's clutching a pint and a packet of crisps in the other" Fest.

Please note that there has been a venue change for this event from Tuxedo Cat venues to The Austral Hotel.

I have been doing comedy for 11 years, doing over 2100 gigs. I have done 5 solo shows, all critically acclaimed with a 4 star average. This show is an updated version of a show I brought to the 2014 and 2106 Edinburgh festivals, telling a story of how I looked for and found all the jokes in the bible. It was well recieved, being included in various BBC TV religious strands and being well reviewed by the fringe press