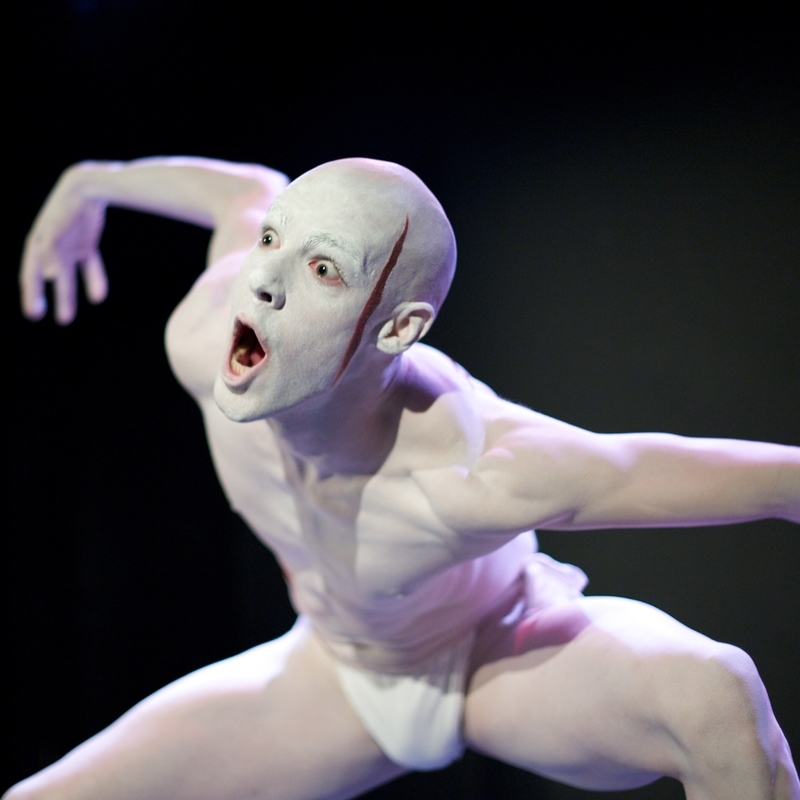 A visceral one-man performance, reigniting Milton's epic masterpiece in all its bizarre beauty. This is the tale of the fall and rise of the first anti-hero, forefather of defiance, anarchy, lust and revolution: Lucifer will have his vengeance.

One of the great works in English literature meets Japanese Butoh, as the Word is made Flesh. Lucifer awakes, shrouded in flame, his beauty ravaged, his berth in Heaven lost forever. Defeated and condemned, the unwilling Lord of Hell turns his attention to the new world, and the open battleground for man's soul: for what cannot be won by strength of arms, can yet be corrupted by temptation.

This adaptation breathes new life into some of the most mesmerising language ever written, in a feast of dramatic verse. Drawing from the spirit of Butoh, Lecoq-trained Christopher Samuel Carroll lurches from the sublime to the grotesque, to make tangible a 'darkness visible' which transcends the everyday, and soars into the realm of the mythic.

Bare Witness Theatre Company is led by Christopher Samuel Carroll, a graduate of the prestigious École Internationale de Théâtre Jacques Lecoq, Paris. They produce solo and ensemble work in Dublin, Paris, and beyond, with a commitment to theatre that is physically rigorous and bristles with life. We make work that moves, thrills, and surprises, weaving worlds that leave traces in your dreams.

Recent productions have included the critically acclaimed 'Diceman' at Bewley's Café Theatre Dublin, described as “A captivating piece of theatre that combines speech, mime, humour and almost balletic movement in bringing the character alive... all done with the lightest of touches.” (★★★★ Metro Herald); and the victorian adventure 'Early Grave, Fashionably Late', which debuted at the Edinburgh Fringe Festival in 2015 and has since toured to the Wexford Spiegeltent Festival, The Butterfly Club, Melbourne, and Smith's Alternative, Canberra.