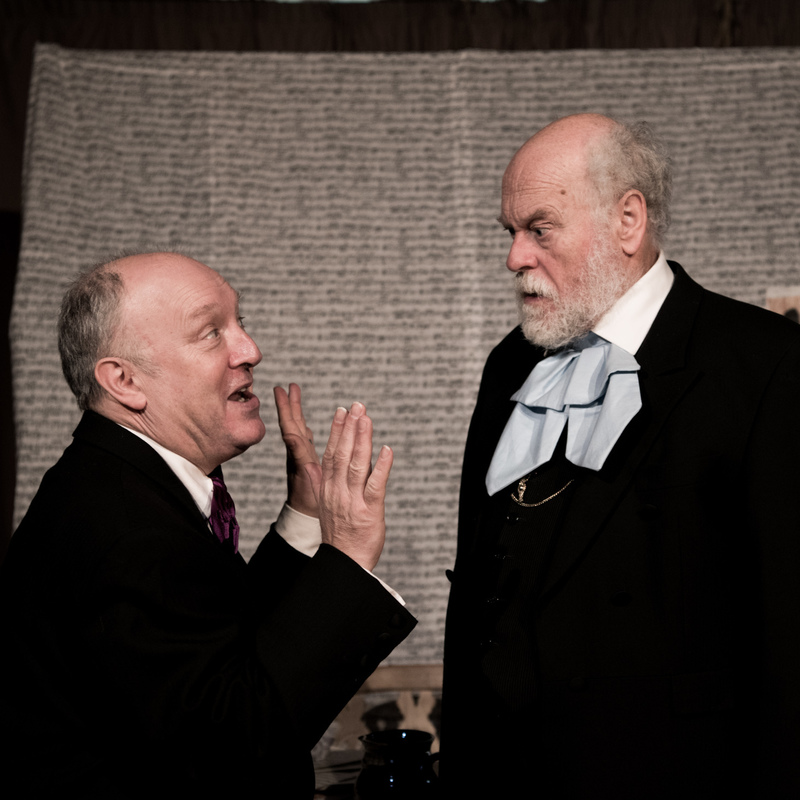 A dark comedy shining a powerful spotlight on the temperamental composer Johannes Brahms.

At the party celebrating the first performance of his Violin Concerto we witness his wit, his tenderness, his obsessive perfectionism but also his descent into self-destructive drunken anger. His friends are all there: decent loyal Herzogenberg, waspish critic Eduard Hanslick, embittered Clara Schumann and manically jealous violinist Joachim.

As the evening unfolds, emotions turn on a sixpence and the composer's dark secret is revealed in a series of passionate recriminations and farcical misunderstandings until its moving climax. Laughing through our tears we are continually challenged by the questions -- what is Art? Why do we need it? And what is its cost?