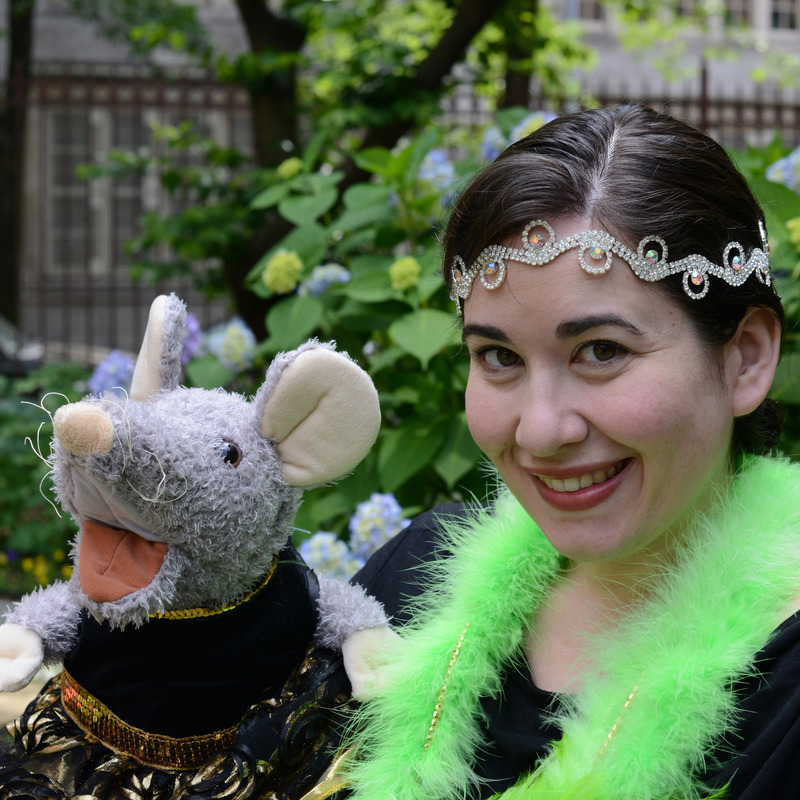 Tilly Mouse lives under an opera house, and she just loves to sing! Her dream is to perform on stage. But whenever anybody sees her, they scream and run away.

With determination, imagination and help from her friends, Tilly proves that even a mouse can be a star! Featuring arias from Gianni Schicchi, Carmen and The Magic Flute. Opera Mouse has been performed in over 20 countries, including Morocco, Cambodia, Scotland and even Sudan.

Melanie Gall is an internationally-acclaimed vocalist. She holds five opera degrees, and has performed in Africa, South America, Asia and the Caribbean. She has sung Lincoln Center and Carnegie Hall, and recently performed a Vera Lynn concert for the Jazz series at Royal Albert Hall.

She has won several awards for her work, including the ‘CBC Award for Best Musical’ at the Winnipeg Fringe Festival and sold-out laurels at for three consecutive years at the Edinburgh Fringe. Melanie has recorded several albums, including Sweeter in a Sweater, with songs about knitting from WWII.