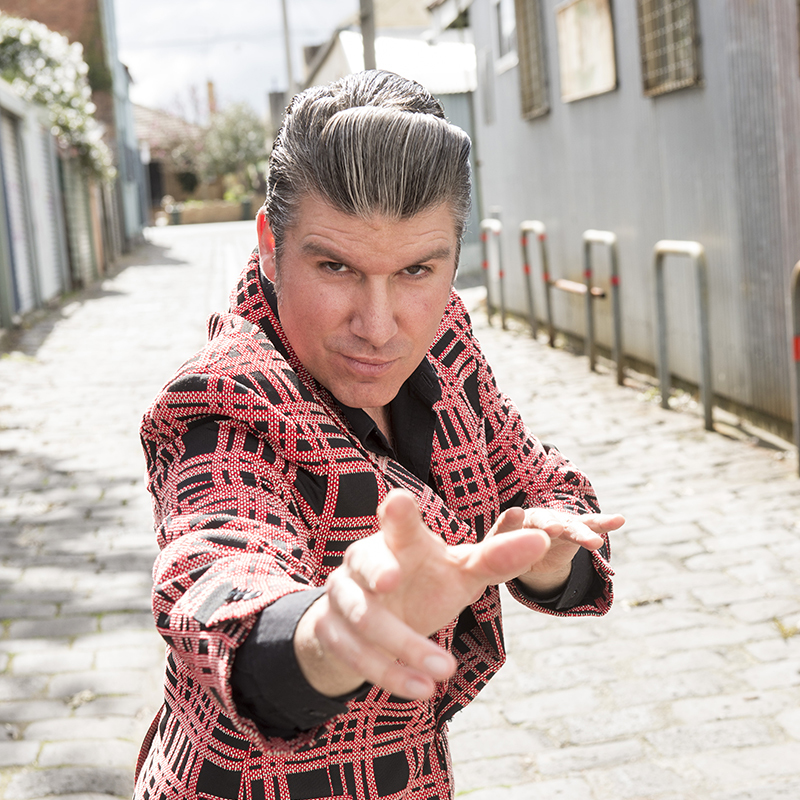 Velvet-voiced crooner Mikelangelo returns to Adelaide with CAVE-WAITS-COHEN, his triumphant one-man show that takes on three of the great poets of popular music; Nick Cave, Tom Waits and Leonard Cohen, weaving their songs with his own inimitable style, storytelling and life affirming humour.

Only a powerhouse like Mikelangelo could pull off this iconic trifecta. Nick, Tom and Leonard stole his heart and soul as a young man, and now he delivers a stirring homage to these men who set him on his own musical path.

Having toured the world to great acclaim from the Sydney Opera House to London’s West End, Mikelangelo is one of Australia’s rising stars. He has appeared at no less than four Adelaide Cabaret Festivals and made his first appearance at Adelaide Fringe as a starry eyed boy in 1992.

Don't miss Mikelangelo's return to Adelaide to entertain with his mesmerising charm, swagger and talent for four performances only.

La Bohème is Adelaide's home of divine decadence - a taste of Parisian style in the heart of Adelaide's CBD.

With the city's best cocktails and live entertainment on offer year round, La Bohème offers a carefully curated selection of the best cabaret, burlesque, world and acoustic music with late night DJs to provide the perfect setting for your night.