Michael Wheatley - No Rest for the Wicked 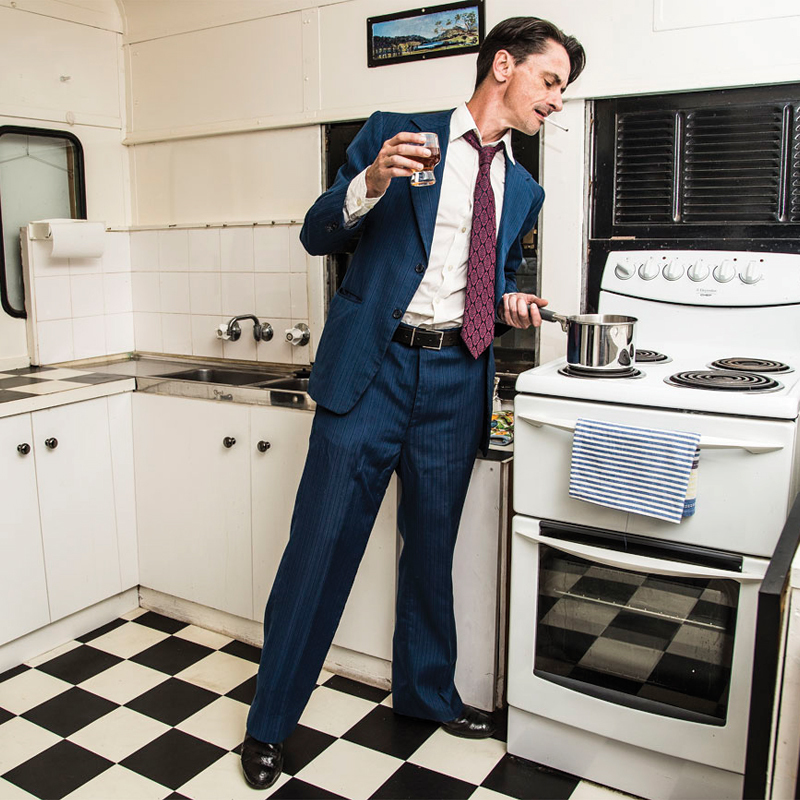 Fringe veteran, genre crossing, quintuple threat Michael Wheatley is showing no signs of slowing down. If there's no rest for the wicked then, Sydney sing and fling maestro, Michael Wheatley is like the Devil with chronic insomnia and a collection of vintage keyboards blocking the door to the bedroom. No Rest for the Wicked is Michael in his natural environment, behind a grand piano, with a bourbon, a microphone, the Dirty Carpet Disco Band and a bevvy of his burlesque besties including the effervescent Miss Kelly Ann Doll joining him as he shares his insights on lust, love and writing songs for strippers. Funky beats, burlesque, live music, dad jokes.
"A voice that's downright f*ckable" Dan Murphy, Brag Magazine.
"Wheatley's stage presence was grand" ★★★★ Brandon Taylor, Australia Times.

In 2010 Michael Wheatley threw his hat in the ring to sing a couple of songs for the cabaret production Noir Revue and 6 years on became co-producer and musical director for the show with a 4.5 star, sell-out 2016 FRINGE WORLD, Adelaide and Canberra Fringe Festival run. He has also been co-producing with his burly bestie Miss Kelly Ann Doll the Bustie nominated burlesque industry night Red Light Confidential since 2012, a show that recently sold out at FRINGE WORLD 2017, Adelaide Fringe 2017 and Darwin Fringe 2017. He is, alongside Kelly Ann Doll and Memphis Mae, co-producer of the Sydney Burlesque Gala, was MC for Burlesque Idol Australia (nominated “Best Cabaret” FRINGE WORLD 2016) for 3 and a half years as well as a regular host for RAW artist showcases and Big Bang Burlesque Qld.