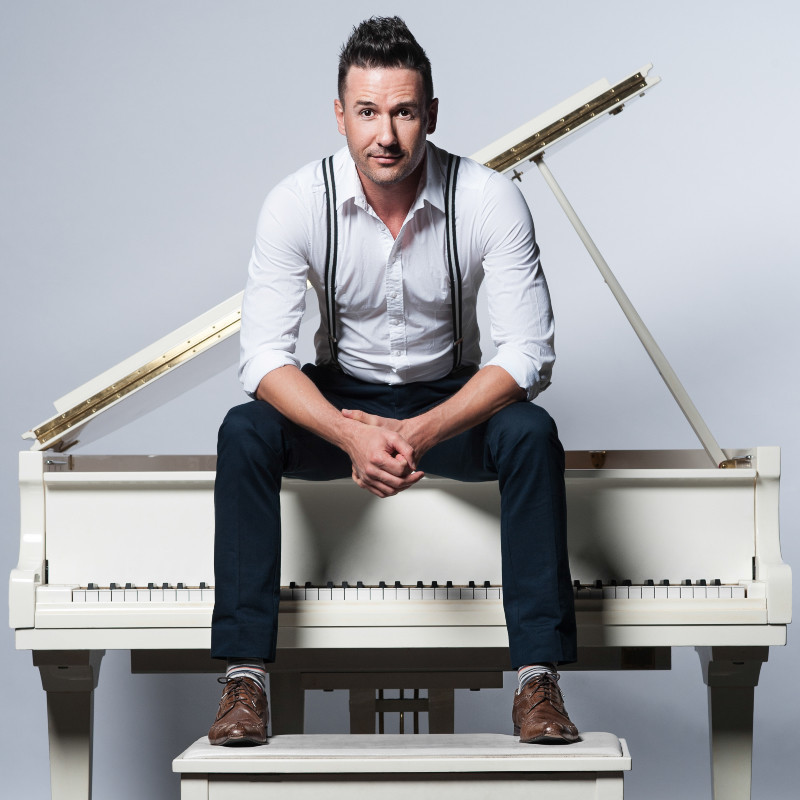 Helpmann Award winner and Adelaide Cabaret Festival darling Michael Griffiths has dusted off his LPs and perused his one-man shows to curate a solid gold line-up of his favourite tunes for your listening pleasure. From Madonna to Cole Porter, Kylie Minogue to A-ha, Eurythmics to the Violent Femmes, every song's a feel-good winner.

'Griffiths is extraordinary' The Age.

Michael graduated from the Western Australian Academy of Performing Arts (WAAPA) with a Bachelor in Music Theatre in 1999 and has a Diploma in Music Composition. He won the Helpmann Award for Best Cabaret Performer in 2016 for his Cole Porter tribute and was nominated for a Green Room Award for Best Supporting Actor for his performance as Bob Crewe in Jersey Boys. He has also appeared in Priscilla Queen of the Desert, We Will Rock You! and Shout! His acclaimed cabaret shows In Vogue: Songs By Madonna, Sweet Dreams: Songs By Annie Lennox, Lucky: Songs By Kylie, Adolescent, Livvy & Pete and By Request have delighted critics and audiences across every cabaret festival in Australia and beyond to New York, Los Angeles, San Francisco, London, Hong Kong, Auckland and Edinburgh Fringe.