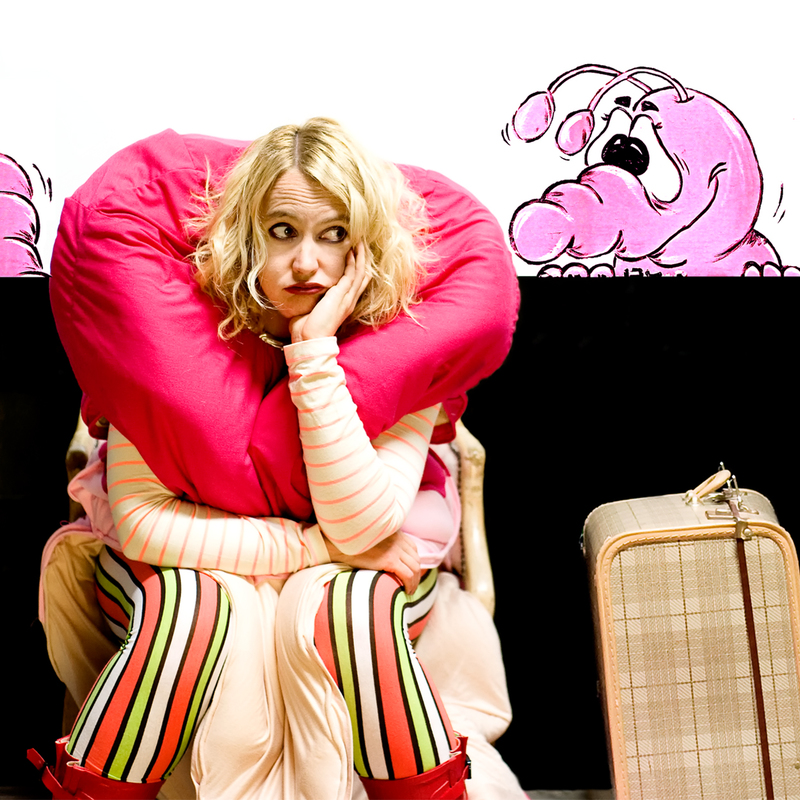 This show involves some potty-mouthed puppetry.

1974: the tiny town of Korumburra, Victoria faces perilous decline until they capitalise on what they have bigger than anywhere else – a giant worm.

FACT – it’s the largest in the world.

Now Melita Rowston journeys into worm country to find it.

Accompanied by foul-mouthed puppets wrangled by Benito Di Fonzo, she worm-watches in paddocks, worships a giant concrete worm and meets quirky locals whose lives were transformed by the pink puppet.

“Was it weird being Worm King? Well, I had been talking to an ostrich for 11 years…” Daryl Somers

“In Cold Blood meets The Muppets” The Brag

Melita Rowston's Shit Tourism celebrates Australiana, crap tourist attractions and the true stories, myths and legends that define us as a nation.

“If you know someone who’s an Australian history buff, a lover of crazy anecdotes or a second-cousin-twice-removed of Ned Kelly’s former barber, take them to this show” ★★★★ Adelaide Theatre Guide

“Via the Big Pineapple, Big Banana and something that looks like a colossal turd, Melita Rowston transports her audience on a cultural road trip” Sydney Morning Herald

“In Cold Blood meets The Muppets” The Brag