Late Night Magic at the Masonic: Presented by jden redden 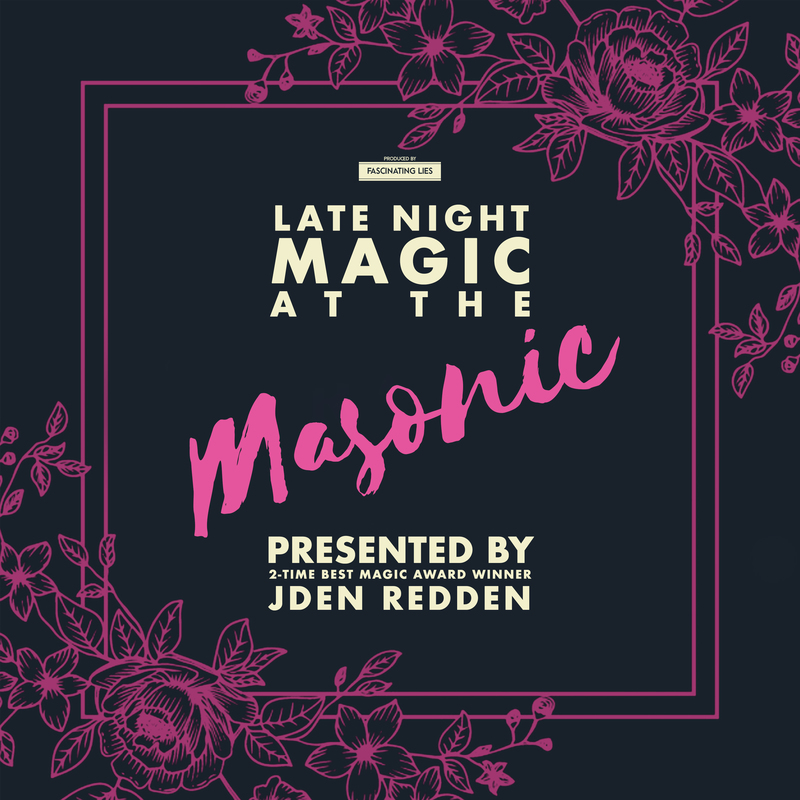 This is your exclusive invitation to experience some of the world's best magicians in one place.

A cast of international and local magicians — in Adelaide for the Fringe — are here to show off some devastatingly good stage magic.

All the way from New Zealnd we have hilarious comedy magician Jarred Fell who is in Adelaide for his show ‘Off The Wagon’. Jarred will be taking over hosting duties for the 5-8 March shows.

Fascinating Lies is a magic production and consulting company founded in 2015 by jden redden and Andrew Lymn-Penning. Fascinating Lies brings a fresh, young and unique take on stage magic — blending technology and established methods in magic to create dynamic and engaging performances for the modern audience.