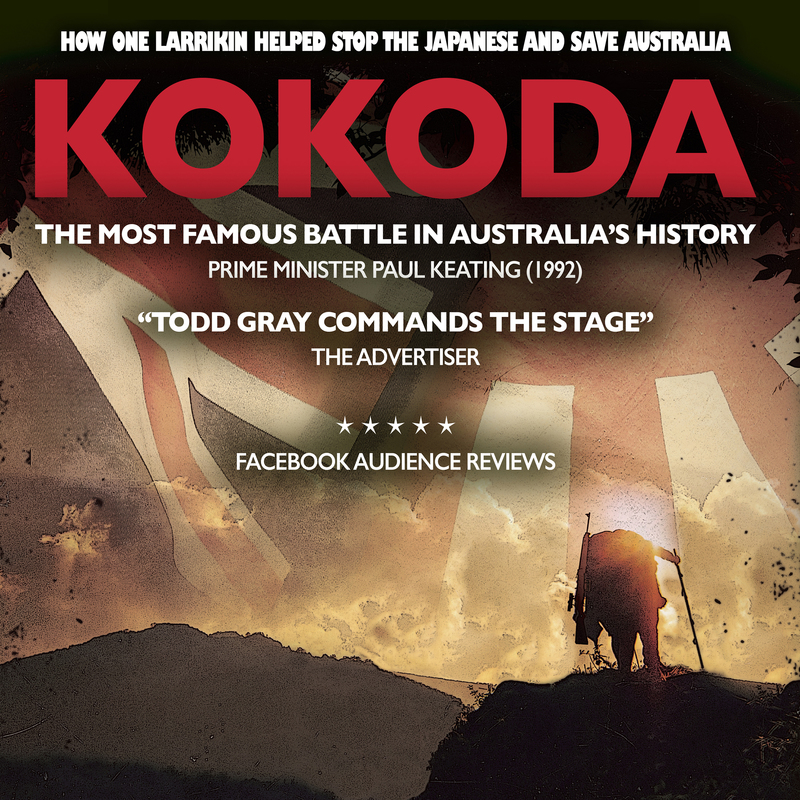 The hit of last winter's Adelaide theatre returns for a limited season. "Todd Gray commands the stage" (The Advertiser) in this acclaimed one man drama about a soldier's journey from the streets of Melbourne to facing the Japanese war machine at its prime. It is a story we all should know more about and Peter Madern's compelling script delivers.

This is Peter Maddern's third play having previously staged two successful Fringe comedies. His writing in Kokoda was lauded by critics last winter. The Advertiser said "Peter Maddern tells the story with a simplicity and directness that is heartfelt." The Last Post said "Kokoda is a rewarding experience; an incredible one man play with a powerful script and direction." While Broadway World wrote "The pairing of Maddern's well-researched and revealing writing, and his acute direction, with Gray's superb acting, is an unbeatable combination." Maddern also has another show on this Fringe - the comedy Grand Final Day