Boys in the Band presents: Jukebox Revolution – Every record tells a story! 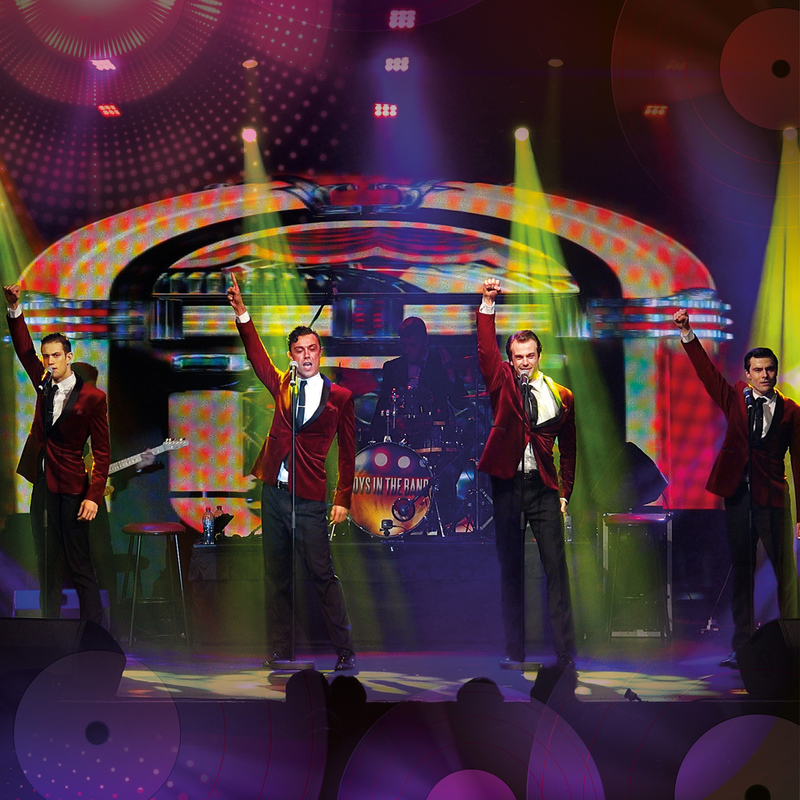 Hot off their 2018 sell-out concerts, internationally acclaimed 'Boys in the Band' present their brand new show 'Jukebox Revolution' celebrating the most iconic artists of the 20th century.

Starring Australia's finest leading men and backed by their sensational live band The Players, this dazzling performance features over 50 years of mega hits in an all singing, all dancing, high octane concert.

This is sure to be a festival favourite, so prepare to party and join the jukebox revolution!

"One hell of a show!" Just Saying Magazine, ASIA

"The best of its kind" Arts Review

Presented by:
SMA Productions and BOYS IN THE BAND

'Boys in the Band' is one of Australia's most successful exports having toured across the globe and are renowned for their high energy world class concert shows.